Watching his favorite wrestlers Curt Henning, Hulk Hogan, Shawn Michaels and Bret Hit Man Hart as a teenager, Edge knew wrestling is his calling from an early age. Initially, he was trained by former professionals in the field Ron Hutchinson and Sweet Daddy Siki. In the 1990s, he started his professional career wrestling mainly in North American independent promotions. These included contesting in singles and tag team competition, the latter with Christian, Edge's storyline brother. It was in 1997 when he signed a developmental deal with the WWF and started combating for the company later that year. Next June, he made his televised debut under the ring name Edge. Two years later, he was the winner of the WWF Intercontinental Championship at a house show in Toronto and thus made it his first title reign with the company. Along with Christian, Edge went on to win the WWF Tag Team Championship seven times. On the whole, Egde has won 31 championships in WWE, including 11 world championships, 5 Intercontinental Championships, 14 world tag team championships and a United States Championship. In addition, Edge turned out the winner at the 2001 King of the Ring tournament, as well as he was the first Mr. Money in the Bank in 2005 and 2007. This made Copeland one of the three wrestlers (along with Kurt Angle and Big Show) to have held every currently active male Championship in WWE. Apart from wrestling, he has appeared on the big screen, starring in the 2000 fantasy film Highlander: Endgame and WWE Studios' Bending the Rules; and also made guest appearances on TV shows like The Weakest Link, Mind of Mencia, Deal or No Deal, Haven, MADtv.

Copeland aka Edge was inducted in the WWE Hall of Fame in March of 2012. 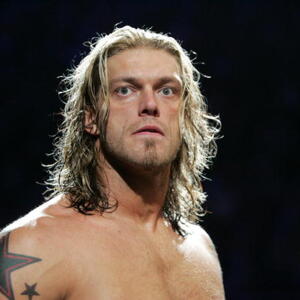