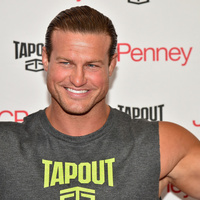 Dolph Ziggler Net Worth: Dolph Ziggler is an American professional wrestler who has a net worth of $3 million. Dolph Ziggler was born in Cleveland, Ohio in July 1980. Ziggler holds the school record at St. Edward High School for most pins in a career at 82. His team won the National Championships twice. Ziggler also wrestled at Kent State University and set the record for most career wins in the team's history and is now second all time. He signed with World Wrestling Entertainment in 2004 and wrestled at the developmental territory Ohio Valley Wrestling. He made his television debut on Sunday night Heat in 2005. From 2005 to 2006 he was part of a group of five wrestlers known as the Spirit Squad. During that time he won the World Tag Team Championships before being sent back down to OVW. Ziggler also wrestled for Florida Championship Wrestling and won the FCW Florida Tag Team Championships. In 2008 he returned to Monday Night Raw and was drafted to the SmackDown Brand in 2009. In 2010 he won the WWE Intercontinental Championship and won the World Heavyweight Championship in 2011. He won the WWE United States Championship and the 2012 Money in the Bank contract and won his second World Heavyweight Championship in 2013. He defeated The Miz at SummerSlam in August 2014 to win his second Intercontinental Championship and held the title two more times that year before winning his 5th IC title in 2016. He is the 22nd Triple Crown Champion in the WWE. Dolph hosted the YouTube series WWE Download and is scheduled to star in the comedy movie Me Him Her.