Dean Ambrose net worth: Dean Ambrose is an American professional wrestler who has a net worth of $7 million. Dean Ambrose was born in Cincinnati, Ohio in December 1985. Ambrose competed on the independent circuit, wrestling for Heartland Wrestling Association, Insanity Pro Wrestling, Combat Zone Wrestling, Dragon Gate USA, and more before joining the WWE at Florida Championship Wrestling in 2011.

He made his WWE main roster debut in 2012 as part of The Shield. Ambrose has held the WWE World Championship, the United States Championship, and is a two time Intercontinental Champion. He wrestled as Jon Moxley before joining the WWE and won multiple heavyweight championships. As an actor he starred as John Shaw in the 2015 film 12 Rounds 3: Lockdown. Ambrose is in a relationship with WWE personality Renee Young. He held the WWE United States Championship for 351 days which is the third longest streak in history and the longest since the WWE owned the title. 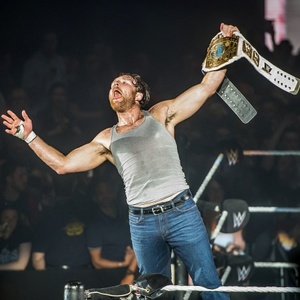