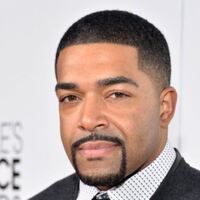 What is David Otunga's Net Worth and Salary?

David Otunga is a former American professional wrestler, lawyer, and actor who has a net worth of $10 million. After a long and illustrious career as a professional wrestler, Otunga began serving as a color commentator and a panelist for the WWE. During his time with the WWE, he became known for his association with organizations such as The Nexus and The New Nexus. During his wrestling career, David also earned two WWE Tag Team Championship titles. David is also known for being in a relationship with singer Jennifer Hudson for about a decade between 2008 and 2017.

David Daniel Otunga was born on April 7th of 1980 in Elgin, Illinois. Raised by a Kenyan national and a European-American mother alongside two older siblings, David attended Larkin High School as a young student. After graduating, he enrolled at the University of Illinois and obtained a bachelor's degree in psychology.

After this achievement, Otunga relocated to New York City and started working as a laboratory manager at Columbia University's Cognitive Neuroscience Center. Continuing his post-secondary education, David attended Harvard Law School. He then graduated, passed Illinois' bar exam, and joined Sidley Austin, a major American law firm. He worked with this firm from 2005 to 2007.

David Otunga's entertainment career began when he became a contestant in "I Love New York 2" in 2007. He eventually made it to the final three before being eliminated. Although he would later shift his attention more towards professional wrestling, Otunga would continue to engage in various acting opportunities. This included a starring role in the 2013 film "The Call," as well as a guest appearance (playing himself) in "General Hospital."

Over the years, he has also appeared in talk shows like "The Tonight Show with Jay Leno," "The Wendy Williams Show," and the "Steve Harvey Show." In 2013, he booked a role in "The Haves and Have Nots." Over the next few years, he appeared in shows like "Celebrity Ghost Stories," "Criminal Minds," and "Family Time." In terms of his film appearances, he also appeared in 2019's "A Madea Family Funeral."

Otunga's wrestling career began in 2008, when he was officially signed with the WWE. He started off in WWE's development territory, Florida Championship Wrestling. Otunga first adopted the ring name Dawson Alexander and made his debut in 2009. His first match was a six-man tag team, which he won alongside Barry Allen.

In 2010, it was announced that Otunga was going to wrestle in the first season of "NXT." He began by defeating Darren Young, although Young got the better of him in a rematch soon after. He then brawled with his mentor, R-Truth, during a backstage scuffle. He later teamed up with John Cena for the Unified WWE Tag Team Championship, although he refused to tag in. Next week, Otunga and a group of other rookies from "NXT" interfered with a match between John Cena and CM Punk, eventually dismantling the entire ring area. These same rookies later attacked Bret Hart for refusing to give them contracts. Then, Vince McMahon fired Hart and offered the rookies contracts. These individuals later became known as The Nexus. 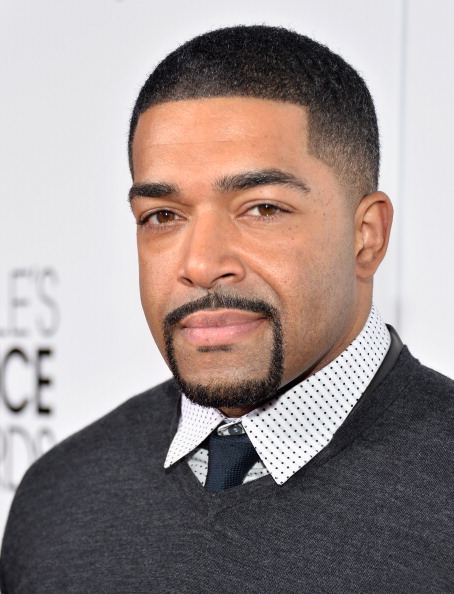 The Nexus then welcomed John Cena into their midst. Otunga eventually found himself fighting alongside Cena, although they lose another WWE Tag Team Championship. From 2011 to 2015, Otunga's legal background became a central part of his storyline. He was presented as helping various wrestlers pursue lawsuits against Triple H. He also maintained a sporadic presence in the ring, at one point being defeated by Randy Orton. Further losses followed until he managed to beat Ezekiel Jackson.

At this point, Otunga was forced to leave WWE for a period of time. This was due to his then-fiance, Jennifer Hudson, dealing with the shocking death of several family members who were all murdered by William Balfour. David and Hudson attended the murder trial of Balfour in Chicago during this period.

After a few more wrestling appearances, Otunga pursued a commentary role alongside Tom Phillips for shows like "Superstars" and "Main Event." When Lawler was temporarily suspended by the WWE, David replaced him in the commentary booth. He then joined the WWE commentary team on a full-time basis. He then shifted more towards being a panelist, while continuing with occasional commentary roles.

Otunga proposed to actress and singer Jennifer Hudson on her birthday in 2008, seven months after the pair began dating. In 2009, they welcomed their first child into the world. Eight years passed, and the couple separated without ever marrying.


David Otunga was involved in several issues as a result of his separation from Jennifer Hudson. Hudson later claimed that he had left a firearm on the kitchen counter in order to scare and intimidate her during the relationship. This was apparently part of the reason she filed a protective order against Otunga, as she became concerned about her own safety and that of her son. She also accused David of attempting to manipulate and alienate their son. Finally, Jennifer also claimed that he had cheated during the relationship. Otunga later countered by stating that Jennifer had been unfaithful.

As the divorce proceeded, reports surfaced that suggested Otunga was claiming primary custody of his son. He was also apparently asking Jennifer to pay for his living arrangements as a result of his alleged primary custody of their child. However, David and Jennifer never actually married, and so the terms of child support are somewhat limited. In 2019, the pair reached a custody agreement and signed a gag order, preventing either party from coming forward with the details.