Daniel Bryan Net Worth and Salary: Daniel Bryan is an American professional wrestler who has a net worth of $12 million. This is a combined net worth with his wife, fellow wrestler Brie Bella. He has won the WWE Championship a total of four times, and he has held the World Heavyweight Championship once in his life. In addition, he has won a number of additional honors over the course of his career with the WWE.

He first started to gain notoriety in the early 2000s, although he had been wrestling for quite some time prior to this. In the past, he has used the stage name "American Dragon," although this is now more of a nickname. One observer stated that Daniel was considered the best wrestler in the world before beginning his WWE career. Outside of the WWE, Daniel wrestled extensively in Japan.

Bryan was unfortunately forced to retire in 2016 due to significant medical issues. Among other things, Daniel was suffering from serious seizures due to repeated brain injuries. He had dealt with a number of concussions over the course of his career, and these brain injuries had resulted in a brain lesion. That being said, Bryan returned to the WWE in 2018 after being cleared by doctors. He regained the WWE Championship soon afterward.

Early Life: Bryan Lloyd Danielson was born on May 22nd of 1981 in Aberdeen, Washington. His father was a lumberjack, and his mother was a therapist. While Bryan was still a young boy, his parents got divorced. His first experience with professional wrestling came after his friend showed him a professional wrestling magazine. Bryan quickly became a die-hard fan.

During his high school years, Danielson did not have many friends, describing himself as "antisocial." Despite this, he joined various athletics programs during this period and joined the school's football team. Early in his life, he was influenced by wrestlers such as Toshiaki Kawada, Mitsuharu Misawa, and William Regal. He also reportedly studied Brazilian jiu-jitsu to set his style apart from others.

Career: Danielson began his professional wrestling career as early as high school. During this time, he trained at various wrestling schools. After graduating in 1999, Bryan toured Japan with the Frontier Martial-Arts Wrestling organization. By 2001, he was loosely involved with the WWF (the precursor to the WWE). That being said, he was released from his contract after 18 months with the WWF. Danielson then returned to Japan, spending three years competing in the New Japan Pro-Wrestling organization (JNPW) as the American Dragon.

In 2002, Bryan appeared for the first time in the WWE. However, his involvement in the organization was still minor, to say the least. He then spent a number of years competing with the Ring of Honor organization before departing in 2009. That year, he briefly returned to the WWE before departing for the independent circuit once again. However, this would prove to be a brief hiatus, and Danielson returned to the WWE in 2010.

By 2011, Danielson had become the World Heavyweight Champion. From 2012 to 2013, he competed with "Team Hell No" before becoming involved with the so-called "Yes! Movement." In 2014, he suffered a major neck injury, losing all strength in his right arm. This required surgery, and it was one of many injuries Danielson suffered during his career. Despite this setback, he became Intercontinental Champion during this period. In 2016, he retired for the first time after revealing that he had suffered 10 concussions during his time as a wrestler. However, he later returned to the WWE after two years of medical evaluations. As of 2021, Danielson is still wrestling. 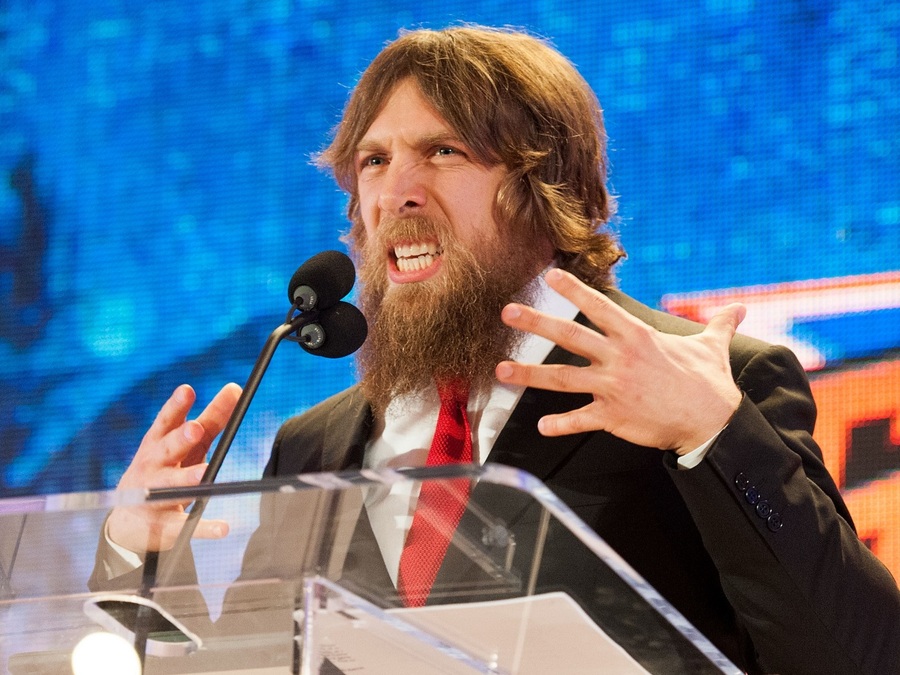 Film and Television: Outside of his work with the WWE, Daniel Bryan has appeared in a range of additional productions. He is perhaps best known for appearing in the popular reality TV show "Total Divas." After this, he became an integral part of the spin-off "Total Bellas" due to his relationship with Brie Bella. He also served as a judge for the sixth season of "Tough Enough."

Danielson has also been featured in no less than 10 WWE video games. He provided the voice for his game character, and he also appeared on the cover of "WWE 2K14." In "WWE 2K19," he appeared using his real name in a story mode segment based on his actual career.

Relationships: In 2011, Danielson started dating fellow WWE star, Brie Bella. The pair eventually got married in 2014 after dating for three years. Both of them retired together in 2016 with the goal of starting a family together. In 2017, the couple welcomed their first child into the world. In 2020, Bella and Danielson had a second child together.

Health Issues: Daniel Bryan has dealt with a number of health issues over the course of his career. In addition to issues related to brain injuries, Danielson has struggled with elevated liver enzymes and a number of staph infections. To address these problems, Daniel chose to become vegan in 2009. This earned him several awards and honors from animal rights activist groups. However, less than a year after this announcement, Danielson admitted that he was no longer vegan. He cited the fact that he had an intolerance to soy, and that he could not find enough vegan food that didn't contain large amounts of soy. In 2018, reports emerged that suggested both he and Brie were vegetarians.

Real Estate: In 2020, it was announced that Brie Bella and Danial Bryan were listing their home in Phoenix for an asking price of almost $1.7 million. The property features four bedrooms and sits in a gated neighborhood within Phoenix. There's also 3,000 square feet of living space, stone counters, and a number of other features. 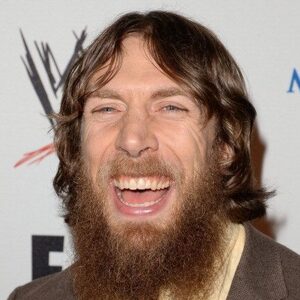