Stardust net worth: Stardust is an American professional wrestler and actor who has a net worth of $2 million. Stardust was born in Marietta, Georgia in June 1985. He has also wrestled under the name Cody Rhodes and is the son of WWE Hall of Famer Dusty Rhodes and the half-brother of WWE wrestler Goldust.

As an amateur wrestler Stardust was a two-time Georgia state champion. He became a Triple Crown Champion in the WWE developmental territory Ohio Valley Wrestling. Since coming up to the WWE main roster he has been Intercontinental Champion twice, and held six tag team championships (three World Tag Team Championships and three WWE Tag Team Championships). Stardust and Goldust won the 2013 Tag Team of the Year Slammy Award. Stardust has held tag team championships with Hardcore Holly, Ted DiBiase, Drew McIntyre, and Goldust. He debuted the character Stardust in 2014. 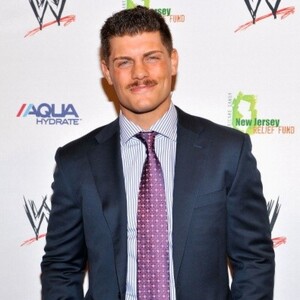