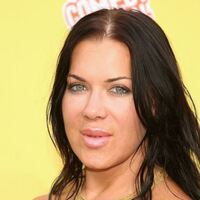 What was Chyna's net worth?

Chyna was an American wrestler, actress, bodybuilder and adult film actress who had a net worth of $500 thousand at the time of her death. Chyna was instrumental in developing professional women's wrestling before also appearing in a number of celebrity reality shows. Unfortunately, Chyna died on April 20, 2016 at the age of 45.

Chyna was born on December 27, 1969 in Rochester, New York and given the name Joan Marie Laurer. She had two older siblings, Kathy and Sonny, and her parents divorced when she was four years old. She had a tumultuous childhood, as her father struggled with alcoholism and her mother got remarried a number of times, resulting in the family moving frequently. When she was in middle school, she started purging after meals and also began experimenting with drugs. At the age of sixteen, she left home after her mother tried to enroll her in a drug rehabilitation center.

Chyna did complete high school and moved to Spain to complete the final year. She then enrolled at the University of Tampa where she studied Spanish Literature. She was fluent in Spanish, French, and German and also was a member of the ROTC. She had planned to join the FBI or DEA but then decided to join the Peace Corps after college and moved to Guatemala for her assignment. Following her return to the United States, she held a number of jobs, working as a cocktail waitress, a singer, and a belly dancer. She also was working out frequently during this time and started competing in fitness competitions in the mid 1990s.

In 1995, Chyna began training at Wledek "Killer" Kowalski's professional wrestling school in Massachusetts. She started competing in small matches, some of which were viewed by performers from the World Wrestling Foundation (WWF). The WWF decided to bring Chyna in as a bodyguard but then decided to hire her as a solo performer in 1997. 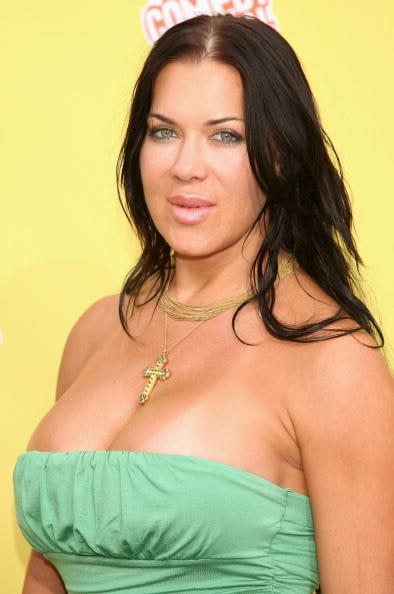 Chyna made her WWF debut in February of 1997 and was soon after given the moniker "Chyna, " ironic because fine china is supposed to be delicate and easily broken, while Chyna's character was anything but. In 1999, she became the thirtieth entrant in the Royal Rumble, becoming the first woman ever to enter the eponymous match. Later that year, she also became the first woman to qualify for the King of the Ring Tournament. The following two years were successful for Chyna and the WWF, though she chose to leave in 2001.

In 2002, she joined New Japan Pro-Wrestling, which she participated in for around a year. She took a hiatus from wrestling in the 2000s while she pursued other opportunities but then joined Total Nonstop Action Wrestling in 2011. She wrestled in her final match in May of 2011.

Chyna's wrestling career lead to other opportunities in film and media. She posed nude for Playboy magazine in 2000 and also filmed an adult documentary for the company. In 2001, she released an autobiography an also appeared a number of times as a guest on "The Howard Stern Show."

Throughout the 2000s, she made a number of appearances on television shows and in films, including "Fear Factor," "3rd Rock from the Sun," "Robot Wars: Grand Champions," and "Hollywood Squares." In early 2005, she became a housemate on "the Surreal Life" and then on "The Surreal Life: Fame Games" in 2007. She also appeared in "Just Another Romantic Wrestling Comedy" and "Illegal Aliens."

Chyna dated fellow wrestler, Paul "Triple H" Levesque, from 1996 until 2001. The two eventually broke up due to differences over whether or not they wanted children. In 2003, Chyna began dating another wrestler, Sean Waltman. Over the next couple of years, the couple would frequently get engaged and then break up. They also made a sex tape together, which was later obtained by a company that edited it and released it under the name "1 Night in China." There are conflicting reports regarding whether or not Chyna and Waltman benefitted from the sale of the tape, as it sold over 100,000 copies. In 2005, Laurer was arrested for domestic assault against Waltman.

In 2007, Chyna legally changed her name to Chyna, as she had not been allowed to officially use the name since her departure from the WWF. Throughout the 2000s, Chyna struggled with substance abuse problems. She entered a number of rehab programs but would often go back and forth as to whether she admitted she was an addict. She participated in "Celebrity Rehab with Dr. Drew" but claimed to not have an addiction problem. She also had a strained relationship with her family, claiming that her father had taken out thousands of student loans in her name.

In 2012, Chyna decided to move to Japan to teach English. While she was there, she converted to The Church of Jesus Christ of Latter-day Saints. During this time in her life, she also reconciled with her mother.

In April of 2016, Chyna was found dead in her home in California at the age of 46. Her manager, Anthony Anzaldo, had grown concern following Chyna's silence on social media for several days and subsequently found her in her home. The official autopsy report confirmed that Chyna had died of an overdose in combination with a variety of anxiety drugs, painkillers, and sleeping pills.

Chyna's brain was donated to science in order to study the effects of chronic traumatic encephalopathy. Her memorial service was held in Los Angeles in June and was attended by a number of her former wrestling colleagues and other celebrities. Chyna was cremated and her ashes scattered into the Pacific Ocean.