Early Life and Career Beginnings: Chris Jericho was born as Christopher Keith Irvine in 1970 in Manhasset, New York, the son of a Canadian couple. Upon the retirement of his father, ice hockey player Ted Irvine, he and the family moved back to his father's hometown of Winnipeg, Manitoba. There, Jericho became interested in professional wrestling when he attended local American Wrestling Association events at the Winnipeg Arena. As a young adult, Jericho went to Red River College, graduating in 1990 with a BA in creative communications.

When he was 19, Jericho entered the Hart Brothers School of Wrestling. After completing his training, he began wrestling in independent shows, making his debut in Ponoka, Alberta. With the wrestler known as Storm, Jericho performed in Calgary's Canadian National Wrestling Alliance and Canadian Rocky Mountain Wrestling. In 1991, the pair toured Japan for Frontier Martial-Arts Wrestling. Over the following years, Jericho competed in Mexico under the names Leon D'Oro and Corazón de León. Later, in 1994, he started competing regularly in Japan for Genichiro Tenryu's Wrestling and Romance promotion.

Following a loss to his notorious rival Dean Malenko, Jericho came roaring back in 1998 to win the World Television Championship against Stevie Ray. However, he lost the title in November to Konnan.

At No Mercy in 2001, Jericho won the WCW Championship by pinning The Rock on a steel chair. The next night, Jericho partnered with The Rock to win the WWF Tag Team Championship. However, the feud between the two continued on in ensuing matches. At Vengeance, Jericho again defeated The Rock for the World Championship, and beat Stone Cold Steve Austin for his first WWF Championship the very same night. In the process, Jericho became the first wrestler to hold both titles at the same time, making him the first-ever Undisputed WWF Champion. He retained that title against The Rock at the Royal Rumble, and against Austin at No Way Out. 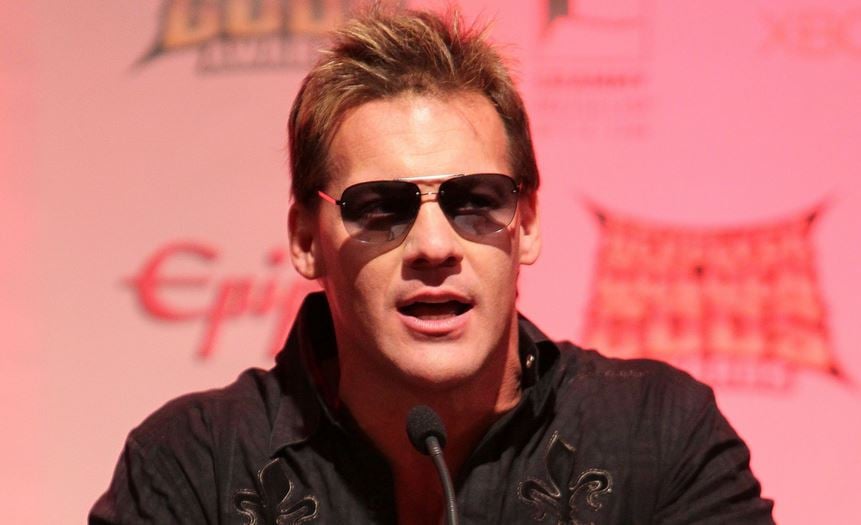 New Japan Pro-Wrestling and All Elite Wrestling: Following his departure from WWE in 2018, Jericho went back to Japan to sign with New Japan Pro-Wrestling. With the organization, he won the IWGP Intercontinental Championship, becoming the first man to hold both WWE and IWGP Intercontinental titles. Next, in 2019, Jericho joined All Elite Wrestling, and quickly became the inaugural holder of the AEW World Championship. With AEW, Jericho is the leader of The Inner Circle stable.

Music Career: Beyond wrestling, Jericho is the lead singer of the heavy metal band Fozzy, which released its self-titled debut album in 2000. The group's early work largely comprised of cover songs, with later albums focusing more on original material. Among Fozzy's albums are "All That Remains," "Sin and Bones," "Do You Wanna Start a War," and "Judas."

Other Projects: Jericho has appeared in a number of other media projects over his career. In 2006, he starred in his first Sci-Fi Channel movie, "Android Apocalypse." Also that year, he made his debut as a stage actor in the comedy play "Opening Night," which premiered at the Toronto Centre for the Arts. Later, Jericho was in the horror film "Albino Farm," the action comedy "MacGruber," and the buddy comedy "Jay and Silent Bob Reboot."

On television, Jericho hosted the five-part VH1 special "100 Most Shocking Music Moments." He competed on the Fox singing reality show "Celebrity Duets" in 2006, and hosted his own reality show, "Redemption Song," in 2008. Further hosting gigs came on the ABC primetime game show "Downfall" and the SyFy competition show "Robot Combat League." In 2011, Jericho was a contestant on "Dancing with the Stars," partnering with two-time champion Cheryl Burke.

Personal Life: Jericho wed Jessica Lockhart in 2000. The couple lives in Odessa, Florida with their three children: son Ash and identical twin daughters Sierra and Cheyenne. All three have been guests on Jericho's podcast, "Talk is Jericho." 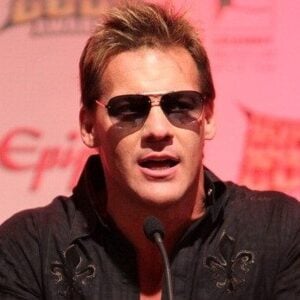