Benoit held the World Heavyweight Championships in the WWE and the WCW World Heavyweight Championship. He was scheduled to win his third world championships on the night of his death. He became the 12th WWE Triple Crown Champion and the sixth WCW Triple Crown Champion and held a total of 22 titles. He won the 2004 Royal Rumble winner as the #1 entrant and headlined many pay-per-views for the WWE. Benoit won the main event of WrestleMania XX in 2004. He held the WWE Intercontinental Championship four times and the WWE United States Championship three times. Benoit held the WWE Tag Team Championship with Edge twice, Chris Jericho, and Kurt Angle. Chris Benoit murdered his wife and son before committing suicide on June 24, 2007 at the age of 40. 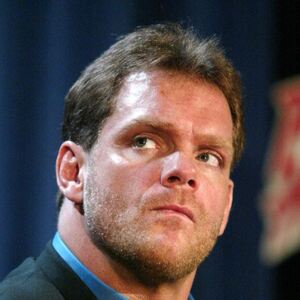