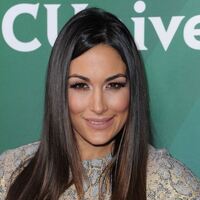 Brie Bella net worth and salary: Brie Bella is an American professional wrestler who has a net worth of $12 million dollars. That is a combined net worth with her husband, fellow wrestler Daniel Bryan. Brie and her twin sister Nikki Bella wrestle as the Bella Twins, and the duo has appeared on both the WWE and international circuits.

Early Life: Brie Bella, also known as Brianna Garcia-Colace, was born in San Diego, California on November 21, 1983. She was born sixteen minutes after her twin sister, Nicole, to parents Jon Garcia and Kathy Colace. She grew up in Scottsdale, Arizona, where she was a star athlete in school. Brie was initially focused on a career in soccer, but she, along with her twin sister, developed a busy career in modeling, promotions, and acting, and left soccer behind. Brie graduated in 2002 from Chaparral High School and returned to San Diego for college. She relocated to Los Angeles a year later where she worked as a server at the Mondrian Hotel while trying to land an agent.

Career: Brie made her first national TV appearance on the Fox reality show "Meet my Folks." After this appearance, the Garcia twins first gained widespread notice as the Budweiser World Cup Twins. They auditioned as part of the WWE Diva Search in 2006, but were not selected. Brie and Nikki were contestants on the 2006 International Body Doubles twins search. In 2007, the twins were signed to developmental contracts by World Wrestling Entertainment (WWE) and were assigned to the Florida Championship Wrestling or the FCW, WWE's then-developmental territory in Tampa, Florida. On September 15, 2007, they made their in-ring debut as the Bella Twins and defeated Nattie Neidhart and Krissy Vaine, with Victoria Crawford as the special guest referee. The duo began a scripted rivalry with their opponents and participated in a series of matches against them throughout October 2007. As part of their on screen personas, the twins would switch places behind the referee's back if one of them got hurt. During this time, they made non-wrestling appearances on Heath Miller's "Happy Hour" promo segment and also competed in bikini contests while wrestling other competitors. The twins' last FCW appearance was on September 2, 2008, when they competed in a Divas battle royal that was ultimately won by Miss Angela.

A year later, they joined the WWE development league, and began their main roster appearances in 2008. They appeared on several episodes of "SmackDown" that fall and competed in several tag team competitions in the following months. In November 2008, the Bella twins developed an on-screen relationship with The Coltons (Carlito and Primo) and appeared in numerous backstage segments with them and accompanied them to the ring. In February 2009, the storyline expanded to include John Morrison and The Miz, provoking a rivalry between The Morrison and The Miz and Carlito and Primo. In April 2009, The Bella Twins were drafted to the Raw brand and a few weeks later Brie made her Raw in-ring debut in an eight-Diva tag team match, which her team went on to win. In June 2009, they were both traded to the ECW brand. In October, they were both traded back to Raw. In January 2011, both Bellas turned into villainous characters as part of their on-screen personas on Raw. From 2011-2012, the Bella Twins focus was on the Divas Champion.

The Bella Twins returned to WWE in March 2013 and July saw the debut of the Total Divas reality television program. The Bellas then began a feud with their co-star on the show, Natalya. In April 2014, Brie became involved in her off-screen husband Daniel Bryan's ongoing storyline with Stephanie McMahon and Kane. The twins continued to appear at WWE live events and on "Twin Magic," as well as competing in SummerSlams and on episodes of "Raw." In 2018, The Bella Twins returned for the 25th anniversary of "Raw". At the WWE Super ShowDown on October 6 of that year, Brie and Nikki teamed up with Ronda Rousey to defeat the Riott Squad. On the March 10, 2019 episode of "Total Bellas," Brie announced she had retired. On the February 21, 2020 edition of "SmackDown" during A Moment of Bliss segment, it was announced that Brie and Nikki will be inducted into the WWE Hall of Fame. 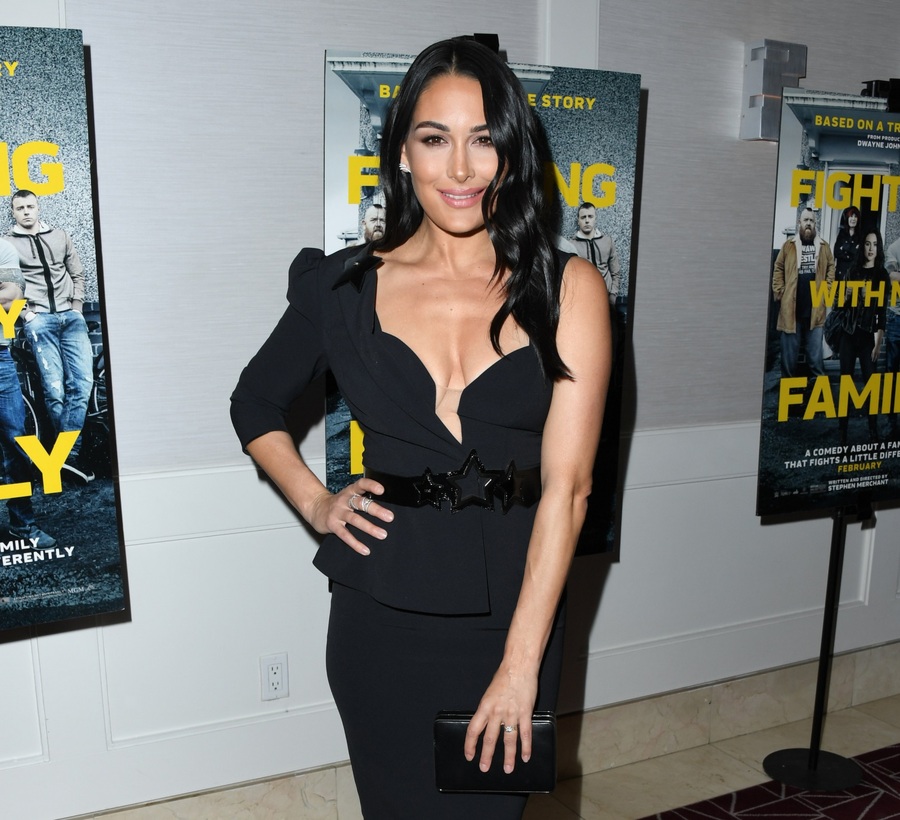 Other Ventures: The twins have also appeared on various television shows, including MTV's "Ridiculousness", and are slated to co-star in a film called, "Confessions of a Womanizer". Both twins appeared in the music videos for Atreyu's "Right Side of the Bed" and "Na Na" by Trey Songz. The twins guest starred on the TV series "Psych" in 2014. The twins appeared at the 2014 MTV Europe Music Awards and presented the award for Best Female. The twins were together nominated for Choice Female Athlete at the Teen Choice Awards in 2015 and 2016, winning the latter. They have a YouTube channel called The Bella Twins and it features daily fashion, beauty tips, travel, fitness, relationship, and health videos. In August 2017, the twins launched their own wine label, Bella Radici, in collaboration with Hill Family Estates and Gauge Branding. A few months later, the twins launched their lifestyle intimates and activewear brand Birdiebee. In 2018, Brie and Nikki launched a body and beauty line, Nicole + Brizee, and in March 2019 they launched their own podcast. In addition, the twins have appeared in eleven WWE video games.

Personal Life: Brie began dating fellow wrestler Daniel Bryan in 2013. They married in April 2014. They welcomed their first child together in 2017. On January 29th, 2020, Brie announced she was expecting her second child, and coincidentally, her twin sister announced her pregnancy the same day. Brie gave birth to a boy on August 1, 2020. Daniel and Brie are practicing vegetarians.