Bobby Lashley net worth: Bobby Lashley is an American professional wrestler and mixed martial artist who has a net worth of $4 million. Bobby Lashley was born in Junction City, Kansas in July 1976. He competed for the WWE from 2004 to 2008. Lashley then competed on the independent circuit and in AAA in Mexico.

He wrestled for Total Nonstop Action Wrestling (TNA) from 2009 to 2010 and then returned to the independent circuit from 2010 to 2014. Bobby Lashley returned to TNA where he competed from 2014 to 2018 before returning to the WWE. He is a two time ECW World Champion and held the WWE United States Championship. Lashley was a four time TNA/Impact World Heavyweight Champion and a TNA King of the Mountain Championships and TNA X Division Champion. He made his professional MMA debut in 2008 with a win over Joshua Franklin. In 2011 Lashley won the Shark Fights Heavyweight Championship by defeating Karl Knothe. In 2013 he won the XFN Heavyweight Championship by beating Tony Melton. His latest fight was a win over Josh Appelt in 2016 to bring his record to 15-2. 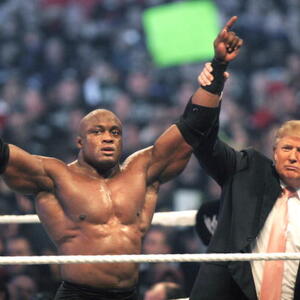