What is Bill Goldberg's net worth, career earnings and salary?

Bill Goldberg is a former professional football player, wrestler and current actor who has a net worth of $16 million dollars. Bill Goldberg won numerous titles while with the WWE and WCW. He is one of three men to have been world champion of both the WWE and the WCW and holds the record for the longest undefeated stretch of wins in professional wrestling with 173 wins.

Bill Goldberg was born William Scott Goldberg on December 27th, 1966 in Tulsa, Oklahoma. His mother was a classical violinist and bred award winning orchids, and his father worked as an obstetrician and gynecologist. He has a brother who owns a music club in Aspen, Colorado. He grew up in Tulsa and attended Tulsa Edison High School. He was raised in the Jewish faith and continued to practice into adulthood. He is of Russian and Romanian heritage. He developed an interest in football when he was sixteen and played for his school. After graduating, he was offered a scholarship to play football at the University of Georgia and was a defensive tackle for the team. He was a star player for the team, and they inducted him into the Junkyard Dog Club, which is reserved for only the best defensive players.

In 1990, he was chosen as the 11th round draft pick for the L.A. Rams, but the team dropped him after he didn't make the cut at training camp. He spent the next few years playing for the Sacramento Surge, which was a team in the World League of American Football, and he helped the team win the World Bowl in 1992, which was the WLAF's last year as an organization in the United States.

After his time in the WLAF, he went to play for the Atlanta Falcons from the 1992 season to the 1994 season. He also played for the L.A. Rams, but his career was cut short when he tore his lower abdomen from his pelvis. While in physical therapy for his injury, he began powerlifting and training in mixed martial arts. He met professional wrestlers Lex Luger and Sting, and they encouraged him to pursue a career in wrestling. Although Goldberg was not enthralled with the idea of being a professional wrestler, he didn't have many other job opportunities at the time. He began training at the World Championship Wrestling Power Plant located in Atlanta, and he made his wrestling debut under the name Bill Gold in June of 1997. He competed in a series of untelevised matches, and he performed moderately well. His first televised match came in the fall of that year, and he defeated Hugh Morrus in an episode of "Nitro." He followed his debut with a series of victories over other WCW wrestlers, and he often won matches in just one or two minutes. In 1998, the WCW began keeping track of his consecutive wins on the television because he won so much. His win over Perry Saturn at the Spring Stampede in March of 1998 was his 74th consecutive win. However, his ratio of wins to losses was widely known to have been inflated by WCW, so much so that it became somewhat of a joke. From 1997 to 1998, WCW's official figure of his wins to losses was 174 to 0. Fans eventually caught on and stopped bringing signs celebrating his wins. Nevertheless, Goldberg was very successful early on, and he defeated Raven for the title of United States Heavyweight Champion in the spring of 1998. In the summer of that year, he relinquished that title for the WCW World Heavyweight Championship title, and he defeated both Scott Hall and Hulk Hogan to earn it. In October of 1999, he defeated Sid Vicious at Halloween Havoc and won his second United States Heavyweight Championship. The next day the WCW commissioner stated that the company had not sanctioned the fight and took the title away from Goldberg. 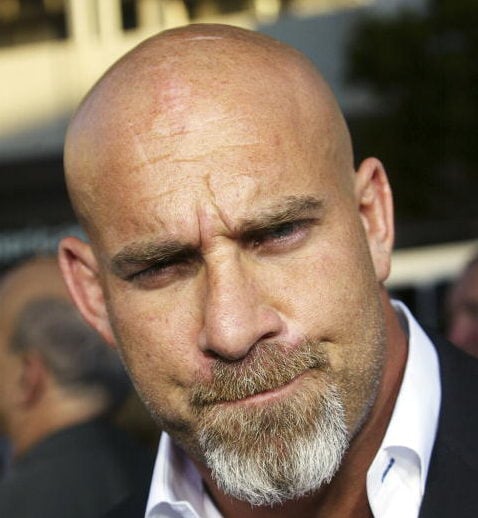 He had an expensive contract with AOL Time Warner, WCW's parent company, and he was one of their highest paid wrestlers, earning $2.5 million a year. After recovering from an injury to his arm in April of 2002, Goldberg left WCW and went overseas to wrestle for All Japan Pro Wrestling. His success in Japan led World Wrestling Entertainment to offer him a contract, and he debuted on "Raw" in March of 2003. He defeated Triple H later that year for the title of the World Heavyweight Championship. His wrestling career would continue to prove successful, and he won the title of WWE Universal Championship in 2017. He was inducted into the WWE Hall of Fame in 2018. He is the only person to have won the titles of WCW as well as WWE Heavyweight Championship and WWE Universal Championship.

In addition to wrestling, Goldberg has acted in a number of films, making his debut in 1999 with the film "Universal Soldier: The Return." In 2005, he appeared in the Adam Sandler produced sports comedy "The Longest Yard," and he hosted the show "Auto-Maniac," which aired on The History Chanel. In 2007, he starred in the thriller drama film "Half Past Dead 2." In 2008, he appeared as a guest star on "Hulk Hogan's Celebrity Wrestling Championship." 2017 saw him in the musical thriller film "American Satan," and the next year, he began hosting his own show on The History Chanel called "Forged in Fire: Knife or Death."

Bill Goldberg met stuntwoman Wanda Ferraton on the set of the Christmas themed slasher film "Santa's Slay," and the two married in 2005. The couple has one son together, and they reside in Boerne, Texas. He co-owns and operates The Extreme Power Gym, a Muay Thai and amateur boxing gym, located in Oceanside, California. He is an auto enthusiast and owns over twenty-five vintage cars. Goldberg is an animal rights activist and has appeared before the U.S. Congress to raise awareness about illegal animal fighting. He has expressed that he appreciates his position as a role model and has often made visits to children undergoing cancer treatment.

In 1999 Bill paid $1 million for a home in Bonsall, California, north of San Diego. The 4,600 square-foot home sites on more than 17-acres of property with a 20-car garage, four-stall horse facility and direct access to 15 miles of riding trails. He listed the home for sale in May 2020 for $3.2 million. He sold the home late that month for $2.9 million:

Goldberg and his wife apparently decamped for a new property in Texas.

The Texas property is roughly 150-acres. He keeps llamas and zebras.

He also owns more than 20 cars which are kept in a custom-built, temperature-controlled garage on the property. 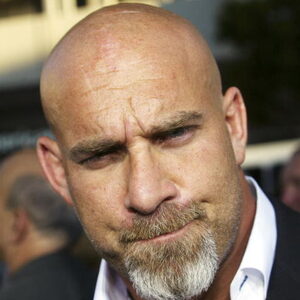