Big Show Net Worth: Big Show is an American professional wrestler and actor who has a net worth of $16 million. Big Show's real name is Paul Donald Wight II, and he is known for appearing in WWE. After beginning his career in 1994, he signed with the WCW and started to gain notoriety. He was quickly given the nickname "The Giant" and was promoted as the son of Andre the Giant. Like Andre the Giant, Wight suffers from acromegaly. While this condition is largely responsible for Big Show's large stature, he eventually sought surgery to halt this potentially life-threatening condition. On the other hand, Andre the Giant accepted his condition and passed away at the age of 46 without receiving treatment.

Outside of wrestling, Wight has appeared in a number of film and television projects. These include movies like "Jingle All the Way," and "The Waterboy." In terms of television work, Big Show has booked roles in "Star Trek: Enterprise," "Royal Pains," "Psych," and "Burn Notice." In 2010, he booked his first lead role in the comedy film "Knucklehead."

Early Life: Paul Donald Wight II was born on February 8th of 1972 in Aiken, South Carolina. Early in Paul's youth, it became clear that the boy was suffering from acromegaly, an endocrine disorder. As a result of this disorder, Paul reached the height of 6'2 by the age of 12. By the time he was 19, he had grown to a height of 7'1. In the early 90s, he underwent surgery on his pituitary gland to correct the disorder. This halted the progress of his condition, and it limited the amount of growth he would experience in the future.

During his high school years, Wight played football and basketball. He was a talented center on the basketball court and a tight end on the football field. After a dispute with the football coach, Paul quit the team to become a cheerleader. He later called this "the greatest experience of his life." After graduating from high school, Wight attended Wichita State University. During his college years, Paul played basketball for Wichita State and later Southern Illinois University Edwardsville.

Wrestling Career: While still a student, Wight worked a number of odd jobs. These included bouncing, bounty hunting, and answering phone calls. One of these jobs allowed Wight to meet Hulk Hogan, who promptly recommended Paul to the WCW. After meeting Ric Flair, Arn Anderson, and Paul Orndorff, Wight signed a deal with the WCW. He also tried to sign a deal with the WWF, although he was turned away due to lack of experience. When Big Show made his first appearance in the WCW, the WWF immediately recognized their mistake, regretting the decision to turn him down.

Wight was first billed as the son of Andre the Giant during his first appearances with the WCW in the mid-90s. He also started using the ring name The Giant during this period. One of his first matches was against Hulk Hogan. A number of Battle Royale and cage matches further cemented Big Show's reputation. Until the late 90s, Big Show was a notable member of the New World Order team.

In 1999, Wight signed a 10-year contract with the WWF. He made his debut against Steve Austin and subsequently served as Vince McMahon's enforcer. His first appearance as "Big Show" came during Wrestlemania XV. During the early 2000s, Big Show became known for impersonating other wrestlers. It was during this period that he started winning championships for the first time. However, Wight struggled with his cardiovascular fitness and weight. Eventually, Big Show became an integral part of the Raw brand. After substantial hiatus, Wight returned to the WWE in 2008. Over the next few years, he continued to win championships. Today, Big Show appears only on a part-time basis on WWE. 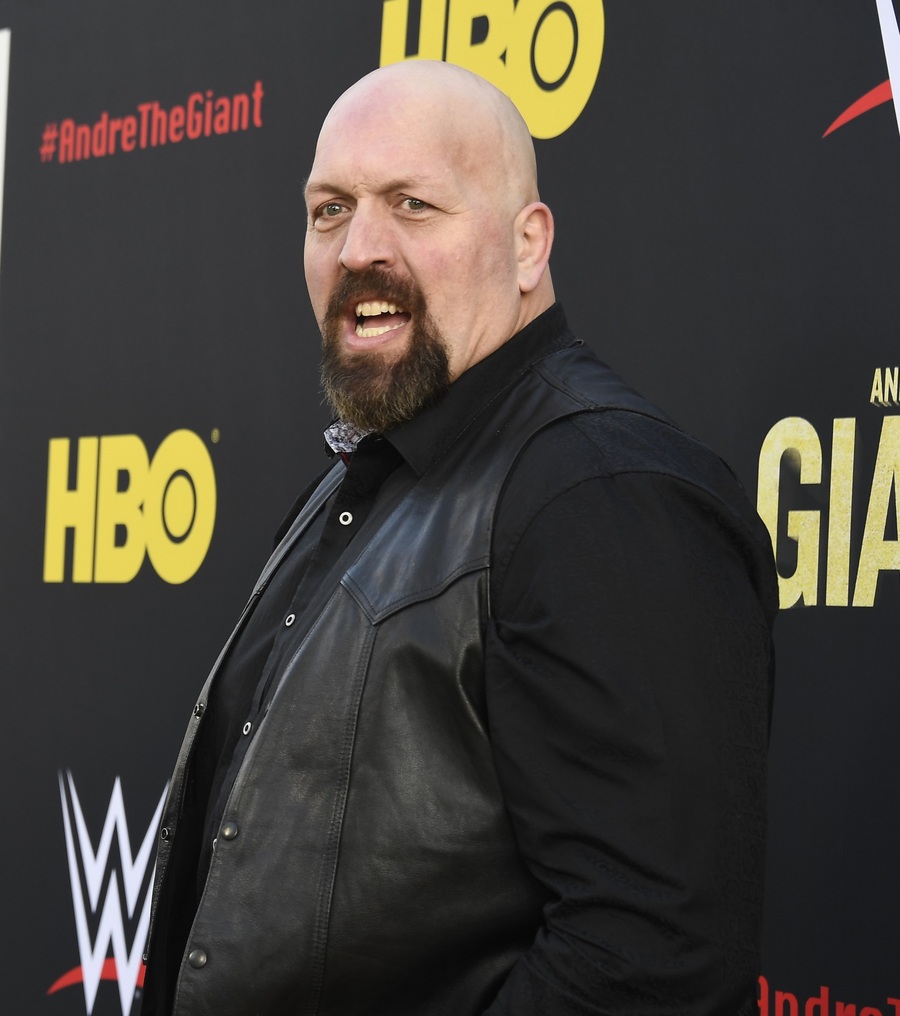 Brand Endorsements: Big Show has appeared in infomercials for Stacker 2.

Reality Television: Big Show has appeared in a number of reality TV shows over the years. One notable example was "Are You Smarter Than a 5th Grader," an appearance that saw him win $15,000 for the charity United Service Organizations.

Relationships: In 1997, Wight married Melissa Ann Piavis. They had one child together before separating in 2000. In 2002, he married his second wife, Bess Katramados. The couple has had two children together over the course of their relationship.

Legal Issues: In 1999, Wight was charged with assault after allegedly breaking a man's jaw in a 1998 incident. The altercation took place in a New York hotel, and Wight was eventually given a verdict of not guilty after he successfully showed that the man had provoked and assaulted him prior to him throwing the punch.

Real Estate: In 2017, Wight sold his house to Baron Corbin, another WWE superstar. The home was steeped in wrestling history, as it was previously owned by the Undertaker before Wight initially purchased it. Big Show purchased the home in 2001 for $680,000. Located in Odessa, Florida, the property features four bedrooms and 3,856 square feet of living space. The residence also includes a swimming pool and a private boat dock.

Big Show also owns another home in Miami, and this second home is much more extensive compared to the one he sold to Baron Corbin. Boasting 9,589 square feet of living space, this estate is valued at around $3.7 million. It also features six bedrooms, two fireplaces, a media room, a pool/spa combo, and a number of other amenities.