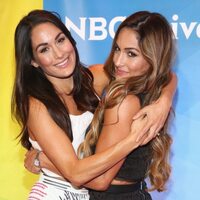 Bella Twins Net Worth: The Bella Twins are American models and professional wrestlers who have a combined net worth of $20 million. The Bella Twins are best known for being retired professional wrestlers who spent many years with the WWE. Both twins are former Divas Champions, although Nikki has the honor of being the longest-reigning Diva while Brie only held the title once. It is generally agreed that Nikki was the more successful wrestler, and she was ranked very highly by a number of magazines and experts. In 2021, both twins were inducted into the WWE Hall of Fame.

Outside of wrestling, the Bella Twins have appeared in numerous film and television productions. The Bella Twins also have their own YouTube channel, their own wine label, and their own clothing lines. In addition, the twins have launched their own podcast. Bella is a common fixture in wrestling video games and has appeared in 11 different WWE titles.

Early Life: The Bella Twins were born on November 21st of 1983 in San Diego, California. Nikki is older than her identical twin sister by 16 minutes, both girls were raised on a farm in a suburb just outside of Scottsdale, Arizona. The girls quickly became avid soccer players from a young age, and Nikki was initially dead-set on a future as a soccer pro until she suffered a career-ending leg injury.

After graduating from high school, the twins attended university in San Diego before moving to Los Angeles. While searching for modeling and acting opportunities, the pair worked as waitresses at the Mondrian Hotel. The twins then participated in a Budweiser commercial during the World Cup, holding the famed soccer trophy aloft. By 2006, Nikki and Bella were participating in the 2006 "International Body Doubles" twins search. The Bella twins also participated in the 2006 WWE Diva Search. Both ventures ended in disappointment for the twins.

Career: The twins only had to wait for one more year before they were signed to the WWE in 2007. Quickly given the name "The Bella Twins," Nikki and Brie made their debut in Florida Championship Wrestling. During this period, Nikki also competed in bikini contests. Brie debuted in "Smackdown" in 2008 before Nikki was officially introduced. By this point, the twins had become famous for competing in tag team matches. They also competed in bikini contests during this period.

Brianna was the first to debut in a 2008 episode of "SmackDown," and she performed for the first time as "Brie Bella." A few episodes later, Nikki was revealed as her identical twin. During these early years, the twins were famous for their on-screen relationship with John  Morrison and The Miz. They also competed against each other from time to time.

In 2012, it was revealed that the twins had been fired by Executive Administrator Eve Torres. However, the pair returned to the WWE in 2013. In 2014, Brie pretended to "quit" the WWE, and Stephanie McMahon put Nikki in a number of handicap matches as punishment. By this point, Nikki had earned her title as Divas Champion, and she retained it over the years to become the longest-reigning Divas Champion in history.

From 2015 onwards, the influence of the Bella Twins began to diminish. Nikki suffered a neck injury that required surgery, while Brie failed to win the Divas Championship and took an extended break from competing in the ring. One of their last major appearances was during the "Raw 25 Years special episode," in which both twins made it into the final four. Nikki then failed to win the title against Rhonda Rousey at WWE Evolution. In 2019, both twins announced that they were retiring from the WWE. 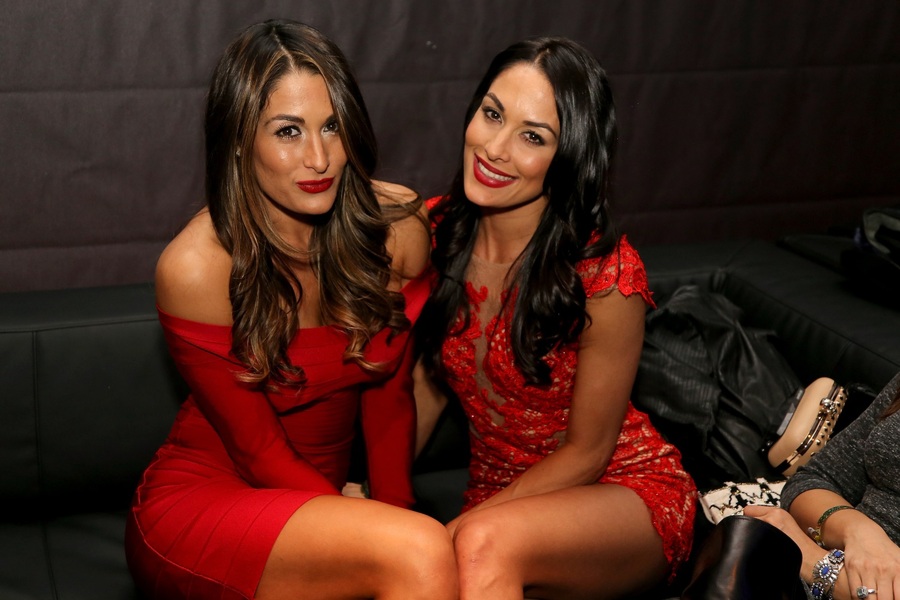 Film and Television: Outside of wrestling, the twins have appeared in a number of film and TV productions. In 2012, they made a guest appearance in MTV's "Ridiculousness." Another series of note include "Psych" and the reality show "Total Divas." In terms of film, they appeared in the 2014 movie "Confessions of a Womanizer" and voiced characters in the animated film "The Flintstones & WWE: Stone Age SmackDown." They have also appeared at the Miss USA 2013 pageant, the MTV Europe Music Awards, and the Teen Choice Awards.

In 2016, the duo started a YouTube channel together. In 2017, Nikki competed in "Dancing with the Stars." The twins also launched their own podcast in 2019, and have appeared in a number of WWE video games.

Business Ventures: The twins have launched a number of business ventures over the years, including a wine label called Belle Radici, a clothing line called Birdiebee, and a body and beauty line called Nicole + Brizee.

Relationships: In 2017, Brie gave birth to her first child. Although Brie was the first to become a mother, both women became pregnant at the same time in 2020. Nikki is married to her former dance partner from "Dancing with the Stars," Artem Chigvintsev. Brie is married to fellow professional wrestler Daniel Bryan, and they have two children together. Nikki was previously engaged to John Cena before the couple called off the wedding.

Real Estate: In October of 2020, it was reported that Nikki and her twin sister were settling in Napa Valley. The twins explained that they were "always in California," and they did tremendous amounts of business in the state before making the decision to move. In an interview, both women stated that they wanted to downsize and move to their "favorite state." Nikki also explained that this was the reason she had sold her home in Arizona. The twins also announced plans to expand their wine-making operations in Napa Valley.