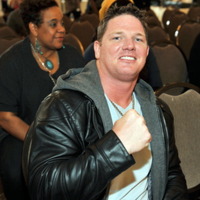 AJ Styles net worth: AJ Styles is an American professional wrestler who has a net worth of $6 million. AJ Styles was born in Lejeune, Jacksonville, North Carolina in June 1977. He started his career on the independent circuit and briefly worked in WCW and the WWE. Styles also competed in Ring of Honor, but was best known for his run in Total Nonstop Action Wrestling (TNA) from 2002 to 2013. Styles was a three time NWA World Heavyweight Champion, four time NWA World Tag Team Champion, two time TNA World Heavyweight Champion, two time TNA World Tag Team Champion, and six time TNA X Division Champion. He competed in ROH, New Japan Pro-Wrestling, and on the indy scene from 2014 to 2016 before singing with the WWE in 2016. Within his first year he was the WWE Champion. Styles was the first wrestler to compete TNA's Triple Crown and did so five times.