She wrestled for Florida Championship Wrestling for two years and was then promoted to the main roster. AJ Lee played a character who was "mentally unstable" and had number of high profile relationships on-screen including CM Punk and Daniel Bryan. She held the WWE Divas Championships three times and was briefly the General Manager of Raw. Lee's real name is April Mendez. She married wrestler CM Punk in real life in 2014 before retiring from wrestling in 2015. Lee authored her autobiography Crazy Is My Superpower in 2017 which became a New York Times Best Seller. 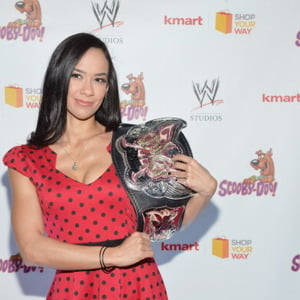