Viv Richards net worth and salary: Viv Richards is a West Indian former cricketer who has a net worth of $20 million. Viv Richards was born in St. Johns, Antigua and Barbuda in March 1952. Richards is regarded to be one of the greatest batsmen of all time and one of the best cricket players in the history of the sport.

A 100 member panel of experts named him one of the five Cricketers of the Century in 2000. Richards played for Glamorgan from 1990 to 1993 and Queensland from 1976 60 1977. He played for Somerset from 1974 to 1986, Leeward Islands from 1971 to 1991, and Combined Islands from 1971 to 1978. He competed in 500 matches and scored just shy of 17,000 runs. Richards also competed internationally for the West Indies. He turned down a blank check offer to play for a rebel West Indies team in South Africa during Apartheid. He is often heard on the BBC series Test Match Special and became a mentor to the Delhi Daredevils in 2013. Richards was appointed an Officer of the Order of the British Empire in 1994 for services to cricket and was made a Knight of the Order of the National Hero by Antigua and Barbuda in 1999. 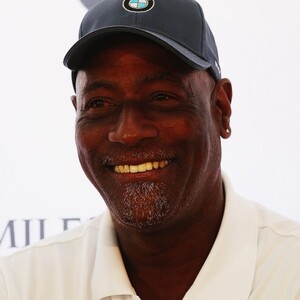