Ty Murray net worth: Ty Murray is an American rodeo cowboy and entrepreneur who has a net worth of $6 million dollars. Ty Murray was born in Phoenix, Arizona in October 1969. His parents taught him rodeo fundamentals as a child. Ty was mentored by the world champion bull rider and cowboy Larry Mahan. At nine years old Murray stated he wanted to beat Mahan's record. Ty was the All-Around Champion Cowboy in high school and helped Arizona win its first National High School Rodeo Association Championship in 1987. Murray attended Odessa College and competed in school rodeo events. At 18 he joined the Professional Rodeo Cowboys Association and became the youngest ever PRCA All-Around Rodeo Cowboy. He won the World All-Around Rodeo Champion title six years in a row from 1989 to 1994, and then again in 1998. He was the top money earner in bull riding, bareback, and saddle bronc events for those years. He also won the PRCA World Bull Riding Championship in 1993 and 1998. Due to injuries he had both of his knees reconstructed in 1995 and ended up missing about three years of action. Ty has been featured in commercials for Miller Lite. He has appeared in Walker, Texas Ranger and CSI. Murray was a contestant on the eighth season of Dancing with the Stars.

In 1999 he met the singer-songwriter Jewel. The couple married in 2008. In July 2014 Jewel announced the couple had split up and was planning a divorce. 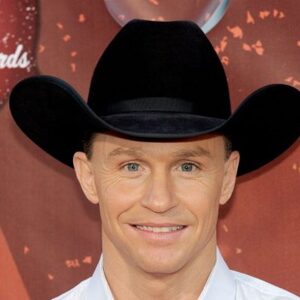