Tony Horton net worth and salary: Tony Horton is an American fitness trainer who has a net worth of $20 million dollars. Tony Horton was born Anthony Sawyer Horton, Jr. in Westerly, Rhode Island, in July 1958. He is probably best known for creating the world famous P90X home fitness program.

Prior to entering the business world, Tony attended the University of Rhode Island. In 1980 he moved to Los Angeles to become an actor and also did stand-up comedy. He worked out at the World Gym in Venice, CA which also housed Arnold Schwarzenegger and Lou Ferrigno. Mark Sisson introduced Horton to internal training. Horton became a personal trainer and started a business called ASH Fitness in Santa Monica, CA. His clients included Billy Idol, Tom Petty, Stevie Nicks, Shirley MacLaine, Sean Connery, Antonio Banderas, and Bruce Springsteen. He was a former spokesman for NordicTrack exercise equipment. In 2001 he came out with the in-home program Power 90. In 2004 he created P90X or Power 90 Extreme. As of 2010 over four million copies of P90X had been sold. In 2011 he released P90X2 and in 2013, P90X3. His first book Bring It! was published in 2010. In 2014 Horton came out with P90, which was billed as on "on switch" to fitness. 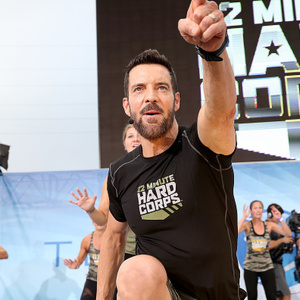