T.J. Lavin net worth: T.J. Lavin is an American BMX rider, television host, and musician who has a net worth of $9 million. T.J. Lavin acquired that net worth as a sponsored dirt jumper and BMX rider. He has also secured a number of endorsement deals throughout his career and hosts the MTV reality show series, The Challenge.

He was born Thomas Joseph Lavin in Las Vegas, Nevada in 1976 and began riding bikes when he was 15. He turned pro at 19 and has won almost every competition he entered including the X Games and the Dew Action Sports Tour. In addition to his riding, he also taught himself how to play piano and built a recording studio in his home. He released a few singles including "Soldier" in 2008 which is a tribute to his long-time friend, Stephen Murray, who crashed during the AST Dew Tour and suffered serious spinal injury. In 2010, while competing in the Dew Tour event in Las Vegas, Lavin crashed and was rushed to the hospital. Due to the critical injuries he sustained, he was put into a medically induced comma and developed pneumonia shortly after. A few days later, he began breathing on his own and eventually made a full recovery. He currently hosts The Challenge franchise on MTV, and also starred in the independent film, A Monster Among Men that was released in 2012. He married his longtime girlfriend, Roxanne Sioridia that same year, after being together for over eight years. He was the subject of the movie A Film about T.J. Lavin. 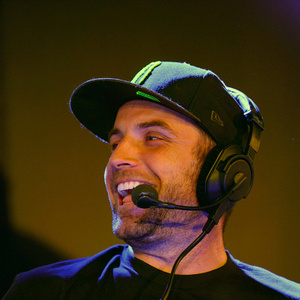