Theoren Fleury net worth: Theoren Fleury is a retired professional Canadian Ice Hockey player who has a net worth of $3 million. Theoren Fleury is best-known for his years playing for the Belfast Giants, Chicago Blackhawks, New York Rangers, Colorado Avalanche,Tappara and the Calgary Flames as a right winger.

Theoren Fleury was born in Oxbow, Saskatchewan, Canada in 1968. In 1987, during Fleury's junior career, there was an incident between the Canadians and the Soviet Union. Fleury had made the gesture of firing a machine gun at the Soviet bench with his hockey stick and during the second round, one of the players in the Soviet Union slashed Fleury, which brought both teams off their benches and onto the ice for a free for all. Both teams were then disqualified and all members were banned from playing for six months. In 1988 Fleur was named captain and led his team to win the Gold Medal at the tournament in Moscow. In 1989 he played with the Calgary Flames and they won the Stanley Cup, and in 2002 the Canadians won the Gold Medal at the Winter Olympics.

Fleury had a major problem with alcohol and drug abuse which caused him to lose his spot in the NHL in 2003. He did try to make a comeback and was given a shot with the Calgary Flames, but was unsuccessful. He eventually opened his own line of clothing, made a pilot for a reality show and co-wrote his autobiography that tells about the sexual abuse he suffered as a child from one of his coaches.

He wrote a best-selling book titled "Playing With Fire". It was adapted into a one man play, making its world premiere in May of 2012 and produced by Alberta Theatre Projects in Calgary, Alberta. He has two brothers, Ted and Travis. Fleury and his wife, Jennifer have a daughter named Skylah and he also has a son and daughter from his first marriage, Beaux and Tatym. There is also a son, Josh from a relationship with his high school girlfriend in 1987. 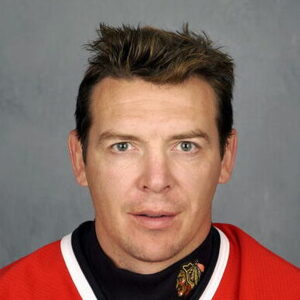