Sunil Gavaskar net worth: Sunil Gavaskar is a former Indian cricket player who has a net worth of $30 million dollars. Born in Bombay, Bombay State, Dominion of India on July 10, 1949, Gavaskar stands at five feet and five inches and is also known as Sunny or Little Master. He bats right-handed and has a bowling style of right-arm medium. He is an opening batsman and has played for team Bombay from 1967 to 1968 and again from 1986 to 1987. He played for Somerset in 1980. He made his test debut on March 6, 1971 against West Indies, and his last test was on March 13, 1987 against Pakistan. He made his ODI debut on July 13, 1974 against England, and his last ODI was on November 5, 1987 against England. He is currently married to Marshneill Gavaskar and has two children by the names of Kanpur and Rohan. Rohan is also a cricketer. Gavaskar is most regarded for his his methods against fast bowling and had an average of 65.45 against West Indies. He received the Col CK Nayudu Lifetime Achievement Award in 2012 and in 2014 was named Interim BCCI President. 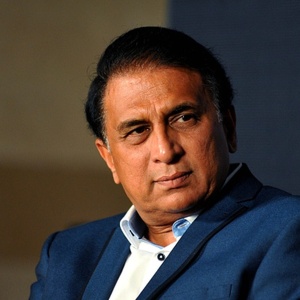