Stephen A. Smith Net Worth

in Richest Athletes
Stephen A. Smith Net Worth:
$16 Million

Stephen A. Smith Net Worth and Salary: Stephen A. Smith is an American sports media figure who has a net worth of $16 million. Stephen A. Smith is best known for his appearances on various ESPN programs. He is also a writer and contributes to ESPN's websites and The Philadelphia Inquirer. Talk radio is another area in which Stephen A. Smith has experienced considerable success. In addition, Smith has performed as an actor in various movies, usually taking a cameo role where he plays himself.

Early Life: Born in the Bronx, New York, Stephen A. Smith was born to a father who ran a hardware store. Prior to running the hardware store, Stephen's father was a well-known basketball and baseball player. He was born in 1967 and was raised alongside six other children, of which he was the second-youngest. Smith was interested in basketball from a young age and received a basketball scholarship that helped him attend Winston-Salem State University. Prior to attending WSSU, he attended the Fashion Institute of Technology for one year.

His college basketball career saw him playing under renowned coach Clarence Gaines. This experience undoubtedly allowed Stephen A. Smith to absorb tons of insight and tactical knowledge related to the game of basketball. Despite his coach's fame and popularity, Smith was not afraid to openly criticize him. Smith wrote for the university's newspaper, and when he was approaching his final years at college, he argued that Gaines should retire because of his failing health. Stephen A. Smith graduated from university in 1991.

Early Journalism Career: Stephen A. Smith's first major journalism job after college was with the Winston-Salem Journal, where he worked as a clerk in the sports department. This position would prove to be a gateway to later success. Soon enough, he was landing more substantial jobs at publications such as the Greensborough News and Record and New York Daily News. However, his most important breakthrough would come when he was hired by The Philadelphia Inquirer. 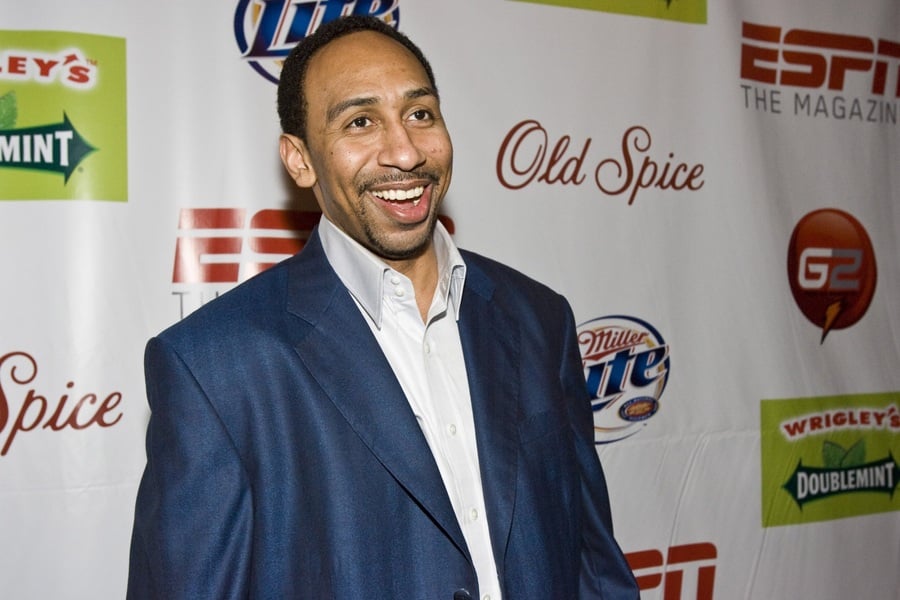 ESPN: Stephen A. Smith had begun working for ESPN as early as 2003, and his first role with the sports media giant was as an analyst for the NBA Shootaround pregame show, which later became NBA countdown. Two years later, he was hosting his own show: Quite Frankly With Stephen A. Smith, which was canceled in 2007. He was also given his own daily show: The Stephen A. Smith Show. All that being said, sports fans probably know him best from ESPN's First Take, which he joined in 2012. Stephen A. Smith has appeared on many other ESPN shows, including Dream Job, Pardon the Interruption, Jim Rome is Burning, and Sportscenter. In 2014, Smith signed a contract that would pay him $3 million a year. From 2015 to April 2019, Stephen A. Smith's ESPN salary was $5 million. In April 2019 it was reported that Smith had signed a new contract till 2021 with ESPN that would pay him $8-$10 million per year. These numbers prove that Smith is one of the highest-paid TV personalities in the history of ESPN.

Acting Career: Stephen A. Smith has taken on a number of acting roles, starting with his appearance in General Hospital. Smith is a longtime admirer of the show and has appeared in cameos on more than one occasion. In 2007, Smith appeared in the movie I Think I Love My Wife by Chris Rock. The TV personality has also appeared in a range of beef jerky commercials for Oberto.

Radio Career: Throughout his career, Stephen A. Smith has been heavily involved in Talk Radio. His radio career began with WEPN radio in New York City in 2005. Eventually, the second half of the show was broadcast on ESPN Radio. In 2009, Smith contributed to Fox Sports Radio, eventually hosting their morning show. In 2013, Smith left ESPN radio to join Chris Russo's Mad Dog Sports Channel, which was hosted on Sirius/XM. In 2017, Smith moved back to ESPN once again, with the show now being hosted on Sirius/XM. From 2015 to 2019, he earned $1 million per year from his Sirius/XM radio show.

Controversy: Stephen A. Smith is known for his frank, dour, and no-nonsense commentary. Stephen's "straight-up" approach has led to a number of controversies. Perhaps the most well-known talking point surrounds his comments made regarding domestic violence in connection to an NFL player and his wife. The commentator was suspended briefly as a result. Stephen A. Smith also caused a stir when he suggested an NFL coach's decisions were based on racial prejudice. The commentator once again found himself in hot water when he made belittling comments after watching a highlight reel of women's soccer during the FIFA World Cup.

Personal Life: Although Stephen A. Smith is 50 years old, he has never married. He has two daughters who are one year apart in age, but not much information is known about them. Because Smith remains very tight-lipped about his personal life, he hasn't made any information public about his dating life. 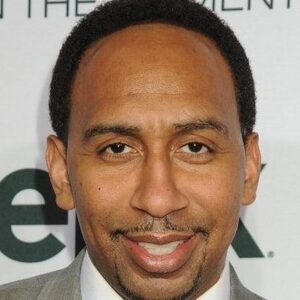