Stephen Hendry net worth: Stephen Hendry is a Scottish retired snooker player who has a net worth of $16.5 million. He's best known for being the youngest professional snooker (English billiards) player, beginning at age 15, and the youngest world champion, a feat he achieved in 1990 at age 21. Stephen Hendry was born in South Queensferry, Edinburgh, Scotland on January 13, 1969.

During his career, he won 36 ranking event titles (a record that still stands) and was runner-up in 21 ranking event finals. He also won 38 non-ranking event finals, including six Masters, and won Team Finals events in 1987, 1991, 1996 and 2001. Hendry was a Member of the Order of the British Empire in 1994, the BBC Sports Personality of the Year in 1987 and 1996, the WPBSA Young Player of the Year in 1988, the WPBSA Player of the Year each year from 1990-93 and 1995-96, and the WPBSA Outstanding Performance in 1995. Hendry's other career records include the longest consecutive winning streak in ranking events, consecutive wins in a single tournament, most centuries compiled in one tournament with 16, most career centuries with 775, most years ranked as the world number one, and highest total prize money. 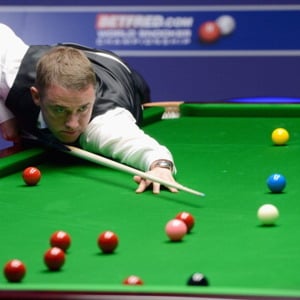