Terry Kennedy net worth: Terry Kennedy is an American professional skateboarder who has a net worth of $4 million. Terry Kennedy was born in Long Beach, California in May 1985. He is the co-founder of the clothing and music brand Fly Society. Kennedy has been featured on the reality TV series Viva La Bam, Rob Dyrdek's Fantasy Factory, and Bam's Unholy Union.

He has appeared in music videos for Snoop Dogg and Mistah Fab and in the films Street Dreams and Minghags. Kennedy was shot twice leaving a party in 2005 but made a full recovery. He has been sponsored by several companies including Baker Skateboards, Venture, Gold Wheels, Active Ride Shop, Shake Junt, and FootPrint Insoles. 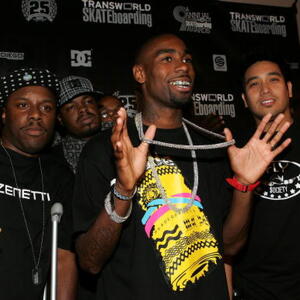