Stacy Peralta net worth: Stacy Peralta is an American filmmaker, businessman, and former professional skateboarder who has a net worth of $10 million. Stacy Peralta's net worth has largely come from his work as a director and from his innovations in the skateboarding industry. Peralta's big break in the world of pro skateboarding came in the form of his association with the legendary skateboarding group The Z-Boys. Peralta, and The Z-Boys as a whole, were responsible for much of the skateboarding craze that originated in southern California and originally consumed the entire country. Among Peralta's contributions to the world of skateboarding are his invention of the "frontside lip to fakie," a skateboarding maneuver that involves the rim of the bowls found at skate parks. During his time as a skateboarder, Peralta formed a manufacturing company of skate gear called Powell-Peralta (along with businessman George Powell). He also eventually made the transition into filmmaking. One of the movies Peralta is best known for is the documentary Dogtown & Z-Boys, which is about skaters' time in the Z-Boys era. Not all of Peralta's work is related to skateboarding, however: Peralta was the director of the infamous "Whopper virgins" Burger King advertising campaign, and a recent documentary about the LA street gangs the Crips and Bloods. 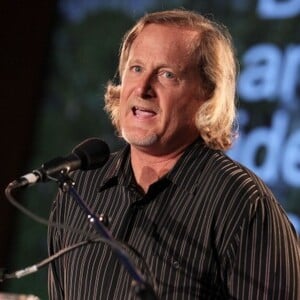