Rodney Mullen is an American professional freestyle and street skateboarder who has a net worth of $30 million. Rodney Mullen is widely considered one of the most influential skaters in the history of skateboarding. Mullen is also considered the greatest street skater, he has invented several of his own moves like: the flat ground ollie, the kick flip (originally called the "magic flip") in 1983, the heel flip, the impossible and a long list of other original tricks.

He was born in Gainesville, Florida on August 17, 1966, and at the age of six, Mullen was diagnosed with pigeon toe. In order to correct this condition he was required to wear leg braces, he started skateboarding at the age of 10 on January 1, 1977 against his father's wishes. Mullen has also created several skateboarding videos, and has authored an autobiography entitled The Mutt: How to Skateboard and not Kill Yourself. In 1980 Mullen joined the Powell-Peralta Bones Brigade, later he joined the high-profile skateboarding team Plan B, in 1991. Plan B released a video in 1993, where Mullen showcases the newly-mastered Darkside titled Virtual Reality. Mullen's participation in Plan B ended shortly after the unexpected death of Mike Ternasky in 1994. Mullen started another company, A-Team in 1997. Mullen intended to form a super team with the defection of Plan B from the World Industries Empire. Rodney and his friend and fellow pro-skater Daewon Song, produced a video called Rodney vs. Daewon, which featured each skater competing in segments from trick to trick. He has appeared in many console video games of the Tony Hawk's Pro Skater series. Such video games as Tony Hawk Underground, Tony Hawk Underground 2, Tony Hawk American Wasteland, Tony Hawks Proving Ground, and the last game he was in was Tony Hawk: Ride. 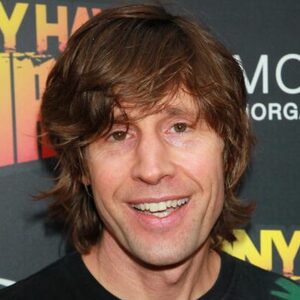