Riley Hawk was born in Carlsbad, California in December 1992. He is known as a street skater and turned professional on his 21st birthday in 2013. Riley Hawk was Skateboarder Magazine's 2013 Amateur of the Year the day he turned pro. His sponsors include Baker and Lakai. Riley Hawk has appeared in the video games Tony Hawk's Pro Skater HD and Tony Hawk's Pro Skater 5. His father Tony hawk was a professional skateboarder from 1982 to 2003 and is a stuntman, actor, and owner of the skateboard company Birdhouse. He is considered a pioneer of modern vertical skateboarding. Tony and his former wife Cindy Dunbar welcomed Riley a year before they divorced. Tony was inducted into the Skateboarding Hall of Fame in 2009. 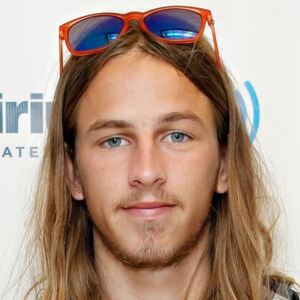