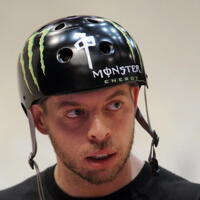 Pierre-Luc Gagnon net worth: Pierre-Luc Gagnon is a Canadian professional skateboarder who has a net worth of $6 million. Pierre-Luc Gagnon has earned his net worth from his professional skating career which started in 1988. He entered his first competition in 1992. Gagnon was born in Boucherville, Canada on May 2, 1980, he is currently starring in a VH1 show titled The X-Life. On the show he is referred to as a control freak, and that transfers over to his skating, according ESPN Gagnon has the best board control of any skater in the field and is one of the most technical. He has won a total of 15 medals as a frequent competitor in the X-Games, 4 of them gold in the Vert, Vert Double, Big Air, and Best Trick categories. He has also been a champion on the Dew Tour and in the Gravity Games, and was the winner of the vert division of the Maloof Money Cup with a wide array of technical flip tricks and spins including a nollie heelflip indy 540. At the AST China Invitational in Beijing in 2008, Gagnon won the Skateboard Vert. In 2010 he won his third successive X Games gold medal and fifth overall, shortly after, he won his second Maloof Money Cup skateboard vert competition. Gagnon stands at 5 feet 10 inches tall and weighs 168 pounds; some of his sponsors include Darkstar skateboards, RDS clothing, Osiris Footwear, Electric Visual, Monster energy drink, Skullcandy headphones, and Capix helmets. In addition to his skating PLG has taken up boxing and he is spending more time in the gym. His new found fitness and endurance has transferred to his skating, and the hard-worker says the 4-peat is his for the taking (if he lands his run).