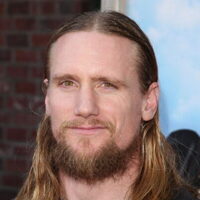 Mike Vallely Net Worth: Mike Vallely is an American professional skateboarder, musician, actor, and stuntman who has a net worth of $10 million. Born in Edison, New Jersey, in 1970, Mike Vallely started skateboarding as a teenager and was considered a professional skateboarding during the mid to late '80s. he appeared on the cover of "Thrasher Magazine", a skateboarding publication during the summer of 1986. He has been affiliated with several different skateboarding companies throughout his career, including Element Skateboards and Powell Peralta Skateboards. In 2011, he created his own company – Elephant Skateboards. Vallely is also heavily involved in the music scene and has worked with bands such as Mike V and the Rats and Good For You with Greg Ginn. He currently headlines the band Black Flag, a gig he earned in the beginning of 2014. Vallely has had a character in the latest string of Tony Hawk Pro Skater video games, becoming a prominent part of the storyline since the game's fifth edition. In addition to his skateboarding and music career, Vallely earned a professional hockey contract with the Federal Hockey League's Danbury Whalers during the summer of 2010. He went on to break his arm during a fight in his career debut with the Whalers.