Chad Muska Net Worth: Chad Muska is an American professional skateboarder and entrepreneur who has a net worth of $16 million dollars. Chad Muska was born on May 20, 1977 in Lorain, Ohio and raised in Phoenix, Arizona where he first became interested in skateboarding. Muska eventually moved to Mission Beach in San Diego, California, with very little money, a sketch book, and a portable cassette player to further pursue skateboarding and art.

It was in Mission Beach where he found himself inspired by local sponsored skateboarders. Following his move to Mission Beach as a teenager, Muska was mostly homeless and spent a significant period of time sleeping on the beach. He has ridden for now-defunct companies TSA Clothing, Diakka Watches, and Ghetto Child Wheels. Other past sponsors include Toy Machine, Maple, Etnies, Shorty's Skateboards and Fury skateboard truck. Muska is popularly known for his part in the 1998 skateboarding video "Fulfill The Dream", produced by the Shorty's company-Muska appeared in a total of four videos for the company Muska was identified as the twelfth most influential skateboarder of all time by Transworld SKATEboarding magazine in December 2011. In 2008, Muska opened the store "Factory413" in Los Angeles with business partner Angel Cabada. 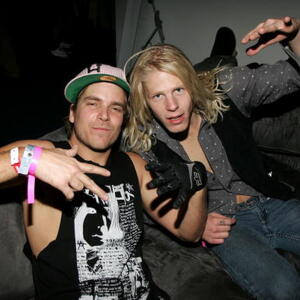