Andy Macdonald net worth: Andy Macdonald is an American professional skateboarder who has a net worth of $6 million dollars. Born in Melrose, Massachusetts on July 31, 1973, Macdonald stands at five feet and eight inches, weighs 165 pounds and is best known for maintaining the record for the most X Games medals won in vert skateboarding.

He is also an eight-time champion in World Cup Skateboarding. He attended Newton High School and began skating at twelve years old. He turned professional in 1994 and was recognized as "Best Overall Skater" in 1998 by Transworld Skateboarding magazine. He has earned eight gold medals, seven silver medals, and seven bronze medals from various X Games. He is currently sponsored by Positiv Skateboards, Airwalk, Amazon.com, MovieTickets.com, Bern Unlimited, Killer Pads, and more. He is currently married to his wife, Rebecca, and has two children by the names of Hayden and Natalie. 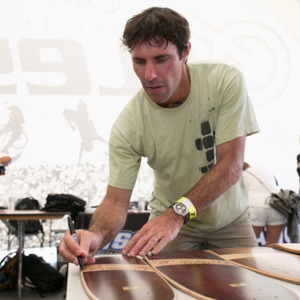