Reynolds also serves as head designer for Altamont Apparel. He finished #25 in the 2014 Street League Skateboarding contest series. He joined the Birdhouse skateboard team with Tony Hawk but left to start the Baker brand with Jay Strickland in 1999. He has released nine signature shoe models through the skateboarding company Emerica. He won the Thrasher Magazine's Skater of the Year award in 1998 and also received Transworld Skateboarding magazine's award for Best Video Part in 2011. Reynolds also starred in the short Shadows in 2000 and the feature film Cop and a ½ in 1993. 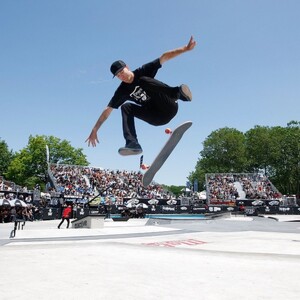