He is a left-handed batsman who has become known for his unorthodox stance which can be called crab-like. Chanderpaul has scored more than 20 thousand runs in international cricket and has been named Player of the Year and one of the five Cricketers of the Year. He has scored more than 11,000 runs in Test cricket and is the 7th highest run scorer of all time. Chanderpaul played for Guyana from 1991 to 2016 and also played for Durham from 2007 to 2009, Royal Challenges Bangalore in 2008, Lancashire in 2010, Warwickshire from 2011 to 2012, Khulna Royal Bengal from 2012 to 2013, Derbyshire from 2013 to 2014, and Guyana Amazon Warriors in 2015. 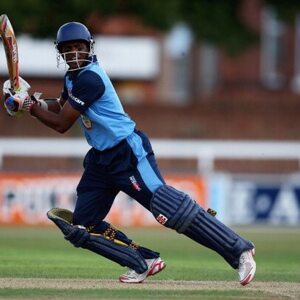