Sam Newman Net Worth: Sam Newman is an Australian retired Australian rules footballer player who has a net worth of $10 million. John Noel William Newman was born in Geelong, Victoria, Australia in December 1945. He played for Geelong from 1964 to 1980 making his debut at 18 and playing in 300 games. During his career he was selected to the All-Australian team in 1969, won the Carji Greeves Medal in 1968 and 1975, and was a Victorian Representative.

He was selected to the Geelong Football Club Team of the Century and was inducted into the Australian Football Hall of Fame in 2002. He became ruck coach for the Melbourne Football Club in 2005 and mentored players. In 2010 he played in a charity match in the EJ Whitten Legends Game. He became a football commentator for radio station 3AW in 1981 and stayed until 1999. He also would appear on World of Sport on Channel 7 from 1981 to 1987. He has appeared on The Footy Show since it aired for the first time in 1994. He was also part of the Melbourne Talk radio lineup. He has been involved in many controversies over the years with his latest coming in August 2014 when he expose his genitals to a national television audience and a live studio audience on The Footy Show. Sam has three sons and has been married three times. 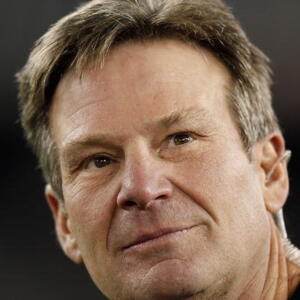