What is Sachin Tendulkar's Net Worth and Salary?

Sachin Tendulkar is an Indian former professional cricketer who has a net worth of $200 million. Sachin Tendulkar served as captain of the Indian national team and is considered one of the greatest batsmen in the history of the sport. He holds the international record for the most runs scored, and is the only player to have scored 100 international centuries. Among his many prestigious honors, Tendulkar has won the Arjuna Award, the Khel Ratna Award, the Padma Shri, and the Bharat Ratna.

Sachin Tendulkar was born on April 24, 1973 in the Dadar area of Bombay, India to Rajni, an insurance worker, and Ramesh, a Marathi novelist and poet. He has three older siblings: a half-sister named Savita and two half-brothers named Nitin and Ajit. As a child, Tendulkar went to the Sahitya Sahawas Cooperative Housing Society, where he often engaged in bullying. To stop this behavior, his brother Ajit introduced him to famed cricket coach Ramakant Achrekar, who subsequently advised Tendulkar to attend Sharadashram Vidyamandir High School, which had a renowned cricket team. At school, he became a child prodigy in the sport. Tendulkar also played club cricket for the Kanga Cricket League and the Cricket Club of India.

At the age of 14 in 1987, Tendulkar was chosen to represent Bombay in India's premier domestic first-class cricket tournament, the Ranji Trophy. The next year, he made his debut for Bombay against Gujarat, and became the youngest-ever Indian to score a century in his first-class cricket debut. Tendulkar went on to score a century in his debut Deodhar and Duleep Trophies, as well. He finished the season as Bombay's highest run-scorer, with 583 runs.

Following his first-class domestic season, Tendulkar was selected for the Indian tour of Pakistan in 1989. He subsequently made his Test debut in Karachi, where he made 15 runs. Later, in a 20-over exhibition game in Peshawar, he made 53 runs off 18 balls. Overall, Tendulkar scored 215 runs at an average of 35.83 in the Test series. He went on to do a tour of New Zealand, scoring 117 runs at an average of 29.25. This was followed by a summer tour to England, where Tendulkar became the second youngest cricketer ever to score a Test century. Further success came in the 1991-92 tour of Australia, as he posted an unbeaten 148 in the third Test at Sydney to cement his reputation as one of the upcoming all-time greats.

Tendulkar had his career peak from 1994 to 1999. In the former year, he scored his first ODI century against Australia. In 1996, he was the leading run-scorer at the World Cup, and scored two centuries. Two years later, at the Coca-Cola Cup, Tendulkar scored 143 runs. His incredible success culminated in the Australian tour of India, in which he scored three consecutive centuries.

Tendulkar had two tenures as captain of the Indian national cricket team, neither of which were particularly successful. He first took over as captain in 1996, and the next year, led India on a tour of Australia. Although his team was beaten 3-0, Tendulkar was named the player of the series. However, following another Test series defeat at home against South Africa, Tendulkar resigned as captain and was replaced by Sourav Ganguly.

In the 2003 Cricket World Cup, Tendulkar made 673 runs in 11 matches to help India make it to the final. Ultimately, Australia defended its title. Also that year, Tendulkar scored heavily in ODI cricket. In the tour of Australia, he scored an unbeaten 194 against Pakistan. In December of 2005, he scored his record-breaking 35th Test century against Sri Lanka. However, Tendulkar struggled with his playing following this; he went 17 innings without a Test century, and performed horribly at the 2007 Cricket World Cup. He bounced back in the subsequent Test series against Bangladesh, and continued to work his way back to his old form in the Future Cup against South Africa. In the Nottingham Test in July, he became the third cricketer to complete 11,000 Test runs.

Among his many other achievements in his international career, Tendulkar became the only batsman to notch 16,000 runs in ODIs, which he did against Sri Lanka in 2008. Later, he reached the 12,000-run mark, and helped India claim the Border-Gavaskar Trophy. In the 2011 World Cup, Tendulkar was the leading run-scorer for India, which ultimately beat Sri Lanka in the final. Another major accomplishment came the following year, when he became the first person ever to score his 100th international hundred. However, after his poor performance in the 2012 series against England, Tendulkar announced that he would be retiring from One Day Internationals. Subsequently, in 2013, he announced his retirement from all cricket.

Following his retirement from playing, Tendulkar became a member of the Cricket Advisory Committee in 2015. Four years after that, he did cricket commentating for the 2019 ICC Cricket World Cup. Additionally, Tendulkar has organized exhibition cricket matches, and captained the India legends team to a win in the 2020-21 Road Safety World Series.

In 1995, Tendulkar wed pediatrician Anjali Mehta; together, they have a daughter named Sara and a son named Arjun.

Significantly involved in philanthropic endeavors, Tendulkar has worked for UNICEF to spread awareness of Polio prevention in India, and to promote sanitation and hygiene. Moreover, he sponsors 200 disadvantaged children each year through the Mumbai-based NGO Apnalaya. Among his many other charitable actions, Tendulkar donated money and resources toward COVID-19 relief in India. 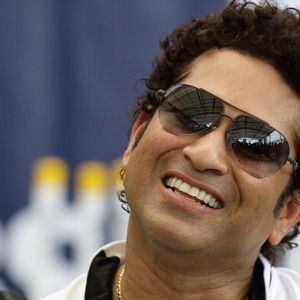