How much is Ronnie O'Sullivan Worth?

Ronnie was born on December 5, 1975 in Wordsley, West Midlands. He was raised in the exclusive Manor Road area in Chigwell, Essex. He started his snooker career as a child achieving a century break at the age of ten. Ronnie attended Wanstead High School. At 15 he achieved a maximum break and turned professional at 16.

He has never been married and he has two daughters and one son. His mother is from Sicily. O'Sullivan likes motor racing and appeared on the British television series about motor vehicles Top Gear in 2004. He finished at the test track in a Suzuki Liana in 1:47.3 as the "Star in a Reasonably Priced Car". 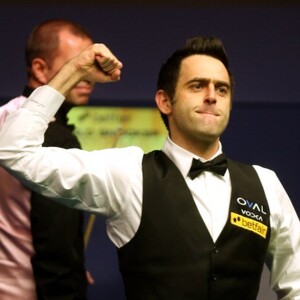