Ronnie Coleman net worth and salary: Ronnie Coleman is an American professional bodybuilder who has a net worth of $2 million. Ronnie Coleman was born in Bastrop, Louisiana in May 1964. He played football at Grambling State University. After college he became a police officer in Arlington, Texas from 1989 to 2000. He was trained and given a free lifetime gym membership by Brian Dobson.

Coleman won 1st place in the heavyweight and overall categories at the Mr. Texas competition. He also won his first professional competition in 1995 and 1996. In 1997 he won the Russian Grand Prix. He has made the training videos The Unbelievable, The Cost of Redemption, and On the Road. He has also had many endorsement deals. He received the 2001 Admiral in the Texas Navy Certificate Award. He launched Ronnie Coleman Nutrition in 2011. The Ronnie Coleman Signature Series includes Myo-Blitz, Ressurect-PM, Testogen-XR, and Pro-Antium. He had spinal surgery in 2011 but made a full recovery. He was Mr. Olympia eight straight times. His 26 wins as an IFBB professional is a record. In 1991 Coleman won the title of Mr. Universe. 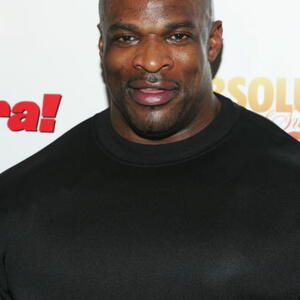