Rohit Sharma net worth: Rohit Sharma is an Indian international cricketer who has a net worth of $25 million. He is best known for being one of the best cricket players in India.

Rohit Sharma was born in Nagpur, Maharashtra, India in April 1987. He is a right handed batsman. Sharma has played for India's national team since 2007 and is the vice-captain of the team. He joined the Mumbai team starting in the 2006/07 season and placed for the Deacon Chargers from 2008 to 2010. Sharma joined the Mumbai Indians of the Indian Premier League in 2011. He is an occasional right-arm off break bowler. Rohit Sharma is the only cricket player in history to score more than one ODI double-hundred, having done so three times. He was named ODI Cricketer of the Year by the International Cricket Council in 2020. He is also an active supporter for animal welfare and is the official Rhino Ambassador for WWF-India and a member of PETA. 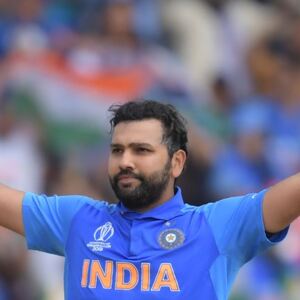