Rodney Peete is a former American football quarterback who has a net worth of $5.5 million. Rodney Peete has earned his net worth from his 16 year career in the National Football League, he retired in 2004. He was born in Mesa, Arizona on March 16, 1966; he attended his first three years of high school at Sahuaro High Scholl in Tucson, and then transferred to Shawnee Mission South High School in Overland Park, Kansas.

He was a three-year letterman in football, basketball, and baseball and in his junior year in football he was named the Arizona High School Player of the Year. He attended the University of Southern California where he Peete was the first player ever from USC to win the Johnny Unitas Award as the nation's best senior quarterback. At USC Peete was a star third baseman on the school's baseball team. He was even named to the all-Pac-10 team and was also drafted by the Toronto Blue Jays fresh out of high school. And while in college he was drafted by the Oakland Athletic and the Detroit Tigers. Peete did not have a spectacular career in the NFL, however he played well enough to sustain his place in the league for 16 seasons, and mostly he was a backup. Peete married actress Holly Robinson in 1995, the couple have four children: one of their twins, Rodney Jr., was diagnosed with autism at age three. Peete shares his story in the June 2010 issue of Men's Health magazine. Since his retirement from professional football with the NFL, he has became one of the hosts the Fox Sports Net sports talk show called The Best Damn Sports Show Period, alongside other professional athletes John Salley, Chris Rose and Rob Dibble. The show airs on the ESPN network, during his long football career he has played for six different franchises and was a starter as recently as 2002. 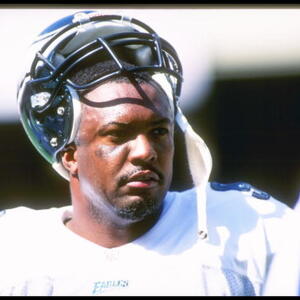