Ricky was born on December 19, 1974 in Launceston, Tasmania. The eldest of four children born to Graeme and to Lorraine Punting. Graeme was "a good club cricketer" and played by Australian Rules football, while his wife Lorraine was a state Vigoro champion. His uncle Greg Campbell was a player of test cricket for Australia in 1989 and 1990. His nickname was Punter, and he is a specialist right-handed batsman, slips and close catching fielder, as well as a very occasional bowler. Ponting has been regarded as one of Australia's finest cricketers in the modern era. He represents the Tasmanian Tigers in Australian domestic cricket and played in the Indian Premier League with the Kolkata Knight Riders in 2008. He married his long-time girlfriend-law student Rianna Jennifer Cantor-in June 2002, he credited her as the reason for his increased maturity, they have two daughters. Captaincy. Many of the players under Ponting says he lacks in imagination, however they say he is a good leader. Throughout his career Ponting has been involved in the writing of several books about international cricket, these books can also be considered diaries on Australian cricket; these books display his experiences during the cricketing year. The books are produced with the help of a ghostwriter, and ghostwriter, and have been published under HarperCollins Publishers Australia. 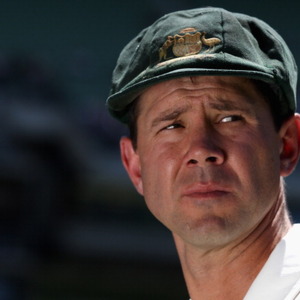