In 1996 he got his first taste of Professional Motocross. He showed signs of upcoming greatness and earned the AMA Motocross Rookie of the Year award. In 1999 Ricky Carmichael moved to the 250 class for Supercross with the Factory Kawasaki team doing part time. In 2000 he jumped to full time. By 2001 he had changed his ways and won 13 out of 15 Supercross races. In 2002 he switched to Honda. In 2003 he won both Supercross and National titles. In 2004 he suffered a knee injury during the Supercross season, but came back for the Motocross season. In 2005 he entered as an underdog, due to the knee injury the prior season. He campaigned 2006 Supercross season aboard an RMZ450. In 2007 Ricky went into semi-retirement and was still the fastest rider on the track and as of today, he is arguably one of the few "winningest" riders of all time. Ricky Carmichael was born November 27, 1979 in Clearwater, Florida. His nickname is GOAT, which stands for Greatest of All Times. His achievements are from 1997 to 2007. He also won many awards from 2007 to 2009 in the X Games 13 MotoX Racing and the NASCAR Camping World. For a record 5th time the AMA recognized him for his achievements by naming him Athlete of the Year award. For 10 years in a row Ricky won at least one championship ever season when he raced full time. Ricky currently lives in Tallahassee, Florida and is married and has 2 children which are twins. 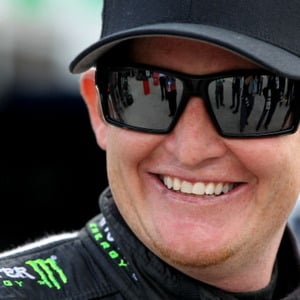