Zina Garrison net worth: Zina Garrison is a former American professional tennis player who has a net worth of $4 million. She was a women's singles runner-up at Wimbledon in 1990, a three-time Grand Slam mixed doubles champion, and a women's doubles gold medalist at the 1988 Olympic Games.

She was born in 1963 in Houston, Texas as the youngest of seven children. She started playing tennis at the age of 10 and entered her first tournament at the age of 12. At 14, she won the national girls' 18s title and in 1981 won both the Wimbledon and US Open junior titles. She was soon ranked the World #1 junior player. When she was 19, she began suffering from bulimia following the death of her mother. Despite battling bulimia, in 1982, during her first ear on the tour as a professional she enjoyed on-court success. She reached the Australian Open semifinals in her first full year on the tour and finished the year ranked World No. 10. She won her first top-level singles titles the following year at the European Indoor Championships in Zurich.

She was a Wimbledon semifinalist in 1985, and in 1986, she won her first tour doubles at the Canadian Open (partnering Gabriela Sabatini). At the Australian Open in 1987, Garrison won the mixed doubles with her partner, Sherwood Stewart, and finished runner-up in the women's doubles, with partner Lori McNeil. A year later, Garrison and Stewart captured the mixed doubles title at Wimbledon. At the 1988 Olympic Games in Seoul, Garrison teamed with Pam Shriver to win the women's doubles gold medal for the United States, defeating Jana Novotna and Helena Sukova of Czechoslovakia in the final. Garrison defeated Shriver in the quarterfinals of the singles event, where she won a bronze medal. At the US Open, she defeated defending champion Navratilova for the first time in her career, advancing to the semifinals where she lost to Sabatini. 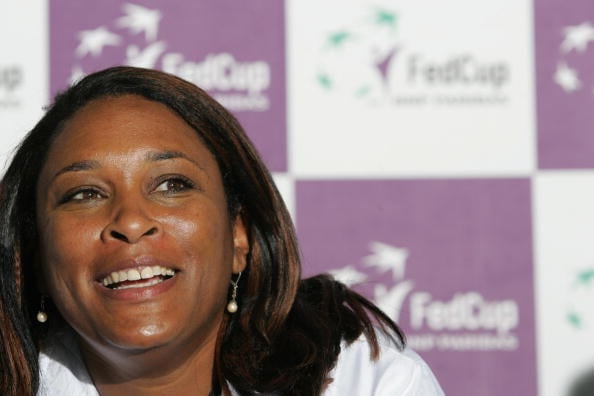 The highlight of Garrison's career came in 1990 at Wimbledon. She defeated French Open champion Monica Seles in the quarterfinals and the defending Wimbledon champion and World No. 1 Steffi Graf in the semifinals to reach her first (and only) Grand Slam singles final, becoming the first African-American woman to do so since Althea Gibson.

Garrison retired from the professional tour in 1996. She married Willard Jackson in September 1989; however the marriage ended in divorce in 1997. Since retiring from the tour, Garrison has worked as a television commentator and maintained active roles in the community and in tennis. She founded the Zina Garrison Foundation for the Homeless in 1988, and the Zina Garrison All-Court Tennis Program, which supports inner-city tennis in Houston, in 1992. She has also served as a member of the United States President's Council on Physical Fitness and Sports. She participated in Season 16 of the hit reality series, The Biggest Loser. 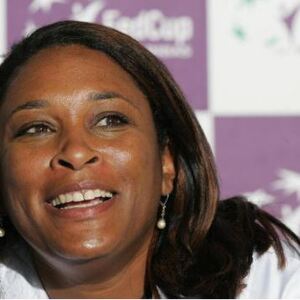