Amritraj finished with a singles record of 390 – 203 with 16 titles. His highest singles ranking was #16 in July 1980. He reached the quarterfinals of Wimbledon and the US Open twice. Amritraj finished with a doubles record of 264 – 218 with 13 titles. His highest doubles ranking was #23 in March 1980. He reached the semifinals of Wimbledon in 1976 and reached the finals of the Davis Cup in 1974 and 1987. His best known acting role came starring as the MI6 agent Vijay in the 1983 James Bond movie Octopussy. Amritraj starred as Alphabet in the television series The Last Precinct in 1986. From 1986 to 1987 he starred as Ali Nadeem in the TV series What a Country. He also starred in the movies Nine Deaths of the Ninja and Star Trek IV: The Voyage Home and is scheduled to star in the upcoming film Of Gods and Kings. Vijay Amritraj was awarded the Padma Shri in 1983. 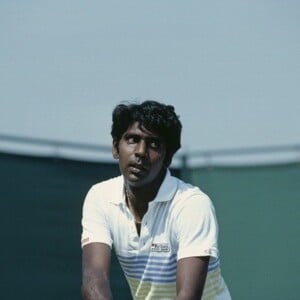