What is Venus Williams' net worth?

Venus Williams is an American professional tennis player who has a net worth of $95 million. Williams is a former World No. 1 and is generally credited with ushering in a new era of power on the women's professional tennis tour. She has been ranked World No. 1 in singles on three separate occasions and is touted as being the first American black woman to achieve this feat during the Open Era.

Venus Ebony Starr Williams was born on June 17, 1980, in Lynwood, California to Richard Williams and Oracene Price. When Venus was 10, the Williams family moved from Compton, California, to West Palm Beach, Florida, so that she and her sister Serena could attend Rick Macci's tennis academy. Richard Williams pulled Venus and Serena out of national junior tennis tournaments when Venus was 11. At that time, Williams held a 63–0 record on the United States Tennis Association junior tour and was ranked No. 1 among the under-12 players in Southern California. In 1995, Richard pulled his daughters out of Macci's academy, and from then on took over all coaching of his daughters.

Williams turned professional in 1994 at the age of 14. She made her debut in the Australian Open in 1998 against her sister Serena in the second round. This was the first time they played against each other as professional tennis players. Venus beat Serena and then went on to lose to World No. 3 Lindsay Davenport in the third round. The Williams sisters faced each other from across the net 24 times during their professional tennis careers.

Willams has been ranked the World No. 1 women's tennis player three times for a combined total of 11 weeks. She first achieved this ranking on February 25, 2002, and was the first Black woman in the Open Era to do so. Venus Williams has reached the finals of 16 Grand Slam tournaments. She's won 14 Grand Slam Women's doubles titles as well with her younger sister Serena as her partner. The Williams sisters are unbeaten in Grand Slam doubles finals. Venus has five Wimbledon singles titles.

The time period from the 2000 Wimbledon Championships to the 2001 U.S. Open was one of Venus' most successful runs of her professional career. She won four of the six Grand Slam tournaments during that year. Her 35-match winning streak from the 2000 Wimbledon Championships to the 2000 Generali Ladies Linz tournament final is the longest since January 1, 2000. She has played in 85 Grand Slams as of the 2020 Australian Open, which makes her the record holder for the all-time leader of either gender. 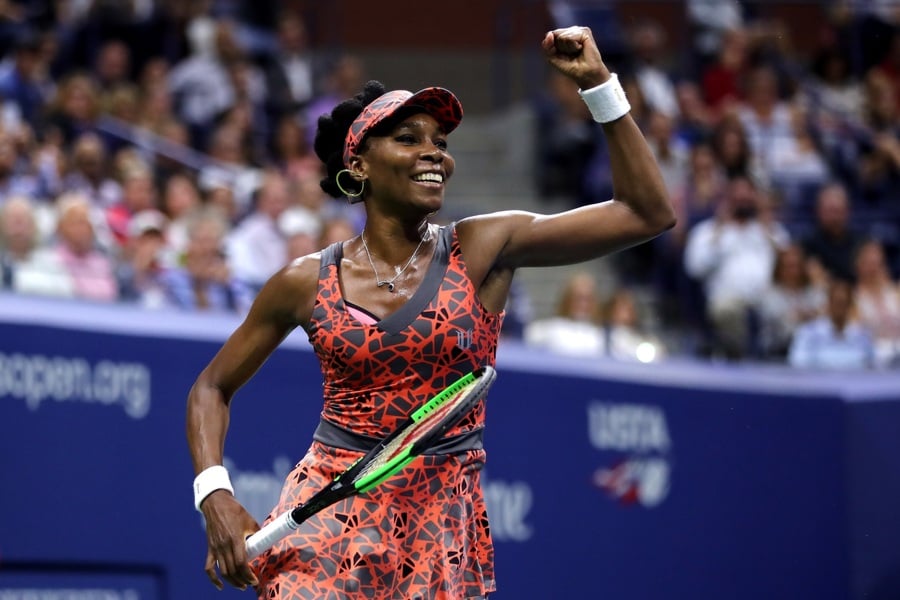 Williams has also won four Olympic gold medals, one in singles and three in women's doubles, along with a silver medal in mixed doubles. Williams trails only her sister Serena Williams with her 49 singles titles, among active players. She is also one of only two active women's tennis players to have reached the finals of all four Grand Slams. The other player is her sister Serena.

In 2007, she started her own fashion line called EleVen.

In late June 2010, Williams released her first book, "Come to Win; on How Sports Can Help You Top Your Profession." She appeared on several talk shows to promote her book, including "The Early Show" and "Good Morning America."

From 2007 to 2010, Willams dated professional golf player Hank Kuehne. In 2012, she started dating Cuban model Elio Pis. They met when he was hired to model underwear for EleVen. They dated until 2015. From 2017 to 2019, Venus dated publishing heir Nick Hammond.

In 2003, Venus, and Serena Williams' older half-sister Yetunde Price was shot dead near the tennis courts where the sisters once practiced in Compton. Price was the Williams sisters' personal assistant. She was 31 years old.

In August 2009, Venus and Serena became part-owners of the Miami Dolphins.

Venus Williams is a Jehovah's Witness.

In 2015, Williams received a Bachelor of Science degree in Business Administration from Indiana University East.  Her ultimate goal is to get an MBA in the near future.

Venus Williams has been instrumental in the fight for equal pay in tennis. In fact, she calls getting women in tennis equal pay her greatest victory on or off the court.

Williams was driving in Palm Beach Gardens, Florida on June 9, 2017, when a car hit her SUV before she had gotten through the intersection. The accident killed a 78-year-old man and injured one other in the other car. Police initially said that Venus was at fault for the accident, however, a month later, after reviewing surveillance video, authorities determined that Venus did not cause the accident.

Through 2017 Venus had earned $38 million on the court. That was enough to make her the second highest-earning female tennis player of all-time, topping Maria Sharapova ($36.5 million), putting her behind sister Serena Williams ($85 million). By 2020 her career earnings stood at $40.5 million.

Off the court, Venus typically makes between $5 and $10 million per year from endorsements.

In early 2019, Venus Williams spent nearly $10 million on a secluded waterfront 'retirement home' with its own beach and private cottage for sister Serena in exclusive Jupiter Island, Florida. The main house has three bedrooms. The property has two guesthouses, lush tropical gardens, breathtaking ocean views, a pool, an outdoor kitchen, and a bar – but no tennis court. 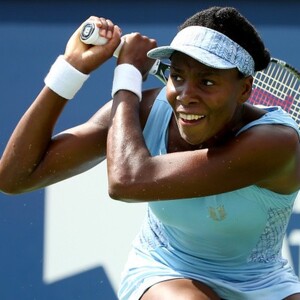