Tracy Austin Net Worth and salary: Tracy Austin is an American professional tennis player who has a net worth of $8 million dollars. Born in Palos Verdes Peninsula, California on December 12, 1962, Austin stands at five feet and five inches and began playing tennis professionally on October 23, 1978. She is right-handed and has a two-handed backhand.

She currently lives in Rolling Hills, California and retired in 1994. She won the WTA Tour Championships for the years 1980 and 1981 as well as the Toyota Championships. She has a career record for singles matches of 335-90, thirty titles, and her highest ranking was number 1 in 1980. She has a doubles career record of 13-16 and five titles. 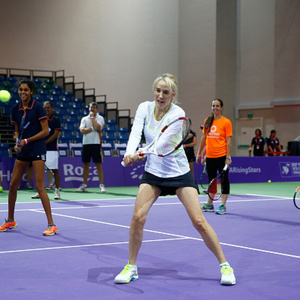