Tommy Paul net worth: Tommy Paul is an American professional tennis player who has a net worth of $800 thousand. Tommy Paul was born in Voorhees Township, New Jersey in May 1997. He turned professional in 2015 and has won more than $650 thousand in prize money. In 2015 Paul won the French Open boys' singles title. He reached the boys' singles final at the 2015 US Open as well but lost to Taylor Fritz who he beat for the French Open title. Tommy Paul achieved his higher career ranking of #79 in October 2019. He has won multiple Challenger and Futures championships and has also won Challenger doubles championships with Mackenzie McDonald and Peter Polansky. Tommy Paul has defeated the likes of Lorenzo Sonego, Christopher Eubanks, Peter Polansky, Tennys Sandgren, Marcos Giron, and Thansai Kokkinakis to win championships. He has competed in the Australian Open in 2018 and 2019 as well as at the French Open in 2019, Wimbledon in 2019, and the US Open in 2015 and 2017. 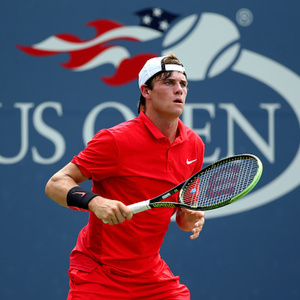