Tommy Haas net worth: Tommy Haas is a professional tennis player from Germany who has a net worth of $5 million dollars. Born in Hamburg, Germany, Tommy Haas began to show tennis talent when he was just two years old, using a piece of wood to hit balls off of the wall, or into his father's hands.

His father, who was a tennis coach, began taking him to work with him, and he won his first youth tournament three years later. By age 13, he had won the Austrian, German, and European Championships, twice. Famed tennis player and coach, Nick Bollettieri, invited him to practice full-time in Florida, so at age 13, he moved away from home to focus on tennis. He played his first professional match when he was 16. He won his first major title three years later, and also made it to the semi-finals of the Australian Open. In 2000, he won the Silver Medal at the Olympics. Though he has always been a consistent player, and has won numerous ATP titles, he has yet to win a Grand Slam event. He has reached the semi-finals at the Australian Open three times, and at Wimbledon, once. He has also reached the quarterfinals at the US Open three times. He is currently ranked 23rd in the world. 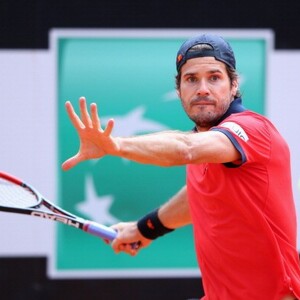