Taylor Fritz net worth: Taylor Fritz is an American professional tennis player who has a net worth of $3 million. Taylor Fritz was born in Rancho Santa Fe, California in October 1997. He is right handed with a two handed backhand. Fritz turned professional in 2015 and has earned more than $2.7 million in prize money. Both of his parents played professional tennis and his mother Kathy May Fritz was a Top 10 player. Taylor Fritz became the 2nd fastest American to reach an ATP final. He reached the third round of the Australian Open in 2019 and the US Open in 2018. Fritz reached the second round of the French Open in 2019 and Wimbledon in 2018 and 2019. He won the Eastbourne International in June 2019 by defeating Sam Querrey in the final. Fritz finished as the runner up at the 2016 Memphis Open, the 2019 Atlanta Open, and the 2019 Los Cabos Open. 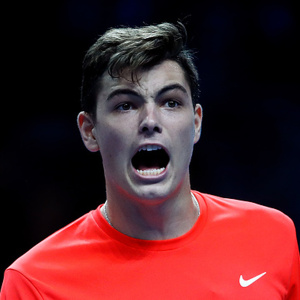