Sue Barker net worth: Sue Barker is an English television personality and former professional tennis player who has a net worth of $2 million. Sue Barker was born in Paignton, Devon, England in April 1956. She turned professional in 1973 and retired in 1984, earning more than 455,000 Pounds in prize money. Barker won a total of 11 WTA Tour singles titles and her only Grand Slam singles title at the French Open in 1976.

Her highest career ranking was #2 in March 1977. Barker reached the semifinals at Wimbledon in 1977 and at the Australian Open in 1975 and 1977. She also won 12 career doubles titles with various partners including Pam Teeguarden, Michelle Tyler, Evonne Goolagong, Ann Kiyomura, and Candy Reynolds. Barker now works as a sports presenter for BBC television. In 2008 she won a Television and Radio Industries Club Award for Sports Presenter. 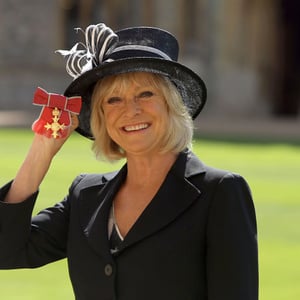